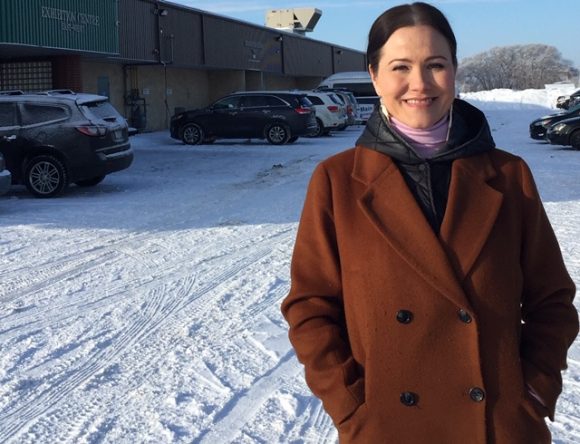 A well-known Saskatchewan hip hop artist was one of the keynote speakers at an Indigenous women’s conference in Prince Albert Thursday.

Lindsay “Eekwol” Knight spoke to the conference in the morning.

Aside from her music career, Knight is also juggling the demands of a young family while taking a doctorate in Indigenous Studies at the University of Saskatchewan these days.

“Well, I am doing my PhD on a lot of the stuff that I talk about,” she said. “So, I am hoping to eventually establish spaces, however that looks, where this becomes a thing. Especially for young women and two spirit people to be able to feel that they have the supports and the place and space to feel like they belong in order to share identity and creative practice, however that looks.”

She added as part of encouraging young Indigenous women to pursue their dreams in the arts or music, she shares her own experience.

“Yeah, definitely being out there in the industry and being a woman was extremely challenging. And a couple of things I talked about at the conference is having that confidence. Not letting people get the best of you with their comments or hold you down by saying, ‘No, you can’t do that or no you shouldn’t do that. You’re a pretty good rapper for a girl.’ That kind of stuff. Use that as a way of being powerful or saying, ‘Oh yeah, I’ll show you.’”

Knight, who is from the Muskoday First Nation, also performed in the evening at the conference.

It was hosted by the Peter Ballantyne Cree Nation at the Prince Albert Exhibition Centre.

(PHOTO: Lindsay “Eekwol” Knight, pictured here in front of the Prince Albert Exhibition Centre, was one of the keynote speakers at an Indigenous women’s conference in the city on Thursday.)