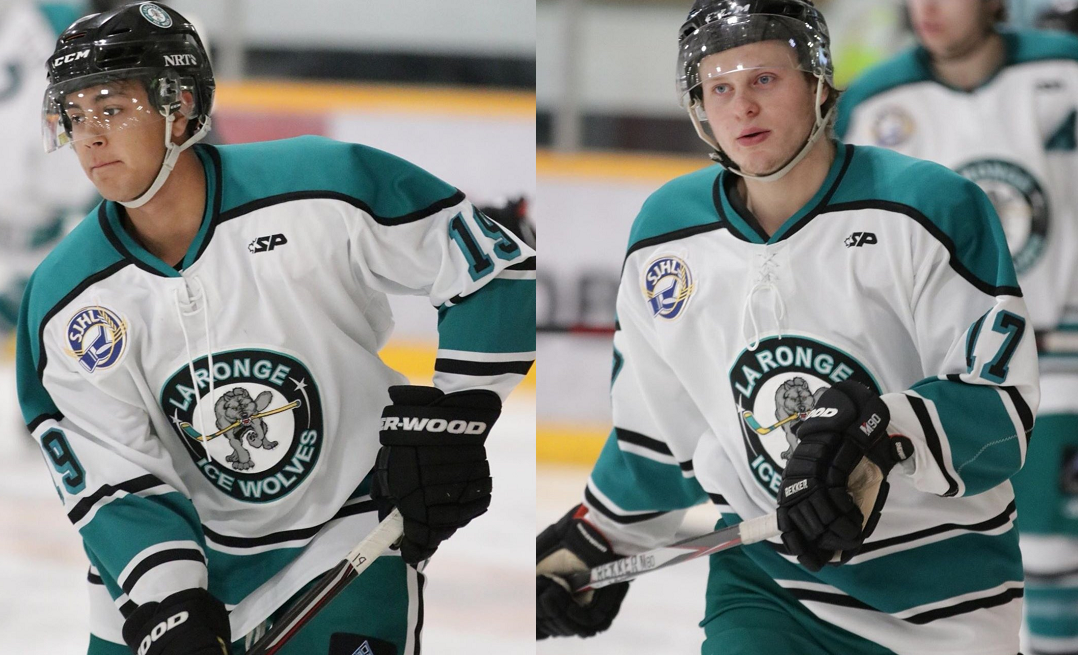 Four players on the La Ronge Ice Wolves will be taking part in the SJHL/MJHL Showcase next week in Regina, SK.

Forwards Aaron Greyeyes, Daylon Mannon and Kyle Ford will be joined by defenceman James Philpott at the tournament.

Greyeyes, a product of Muskeg Lake Cree Nation, has recorded 26 points in 38 games this season.

“It’s an honour to go with teammates and players from your own team,” said Greyeyes. “It’s just great to be able to represent the La Ronge Ice Wolves and your own reserve.”

Greyeyes, who is an 18-year-old rookie, has spent much of the season on the same line with 20-year-old forward Daylon Mannon. Mannon, from Fresno, CA, sits fourth in SJHL scoring with 60 points in 43 games.

“It’s just good for myself and for the other kids that are going, and for La Ronge,” said Mannon. “It’s just good – a lot of scouts there to move me on to the next level.”

Kyle Ford is the third part of La Ronge’s top line with Mannon and Greyeyes. The 19-year-old hails from Calgary, AB and has tallied 38 points in 43 games this season. Ford praised his teammates heading to the showcase with him.

“Mannon has been awesome all year, Greyeyes is going to go dominate in that rookie showcase and Philpott is an amazing defenceman,” said Ford. “It’s going to be wicked to play with all of my buddies.”

Philpott, a 19-year-old from Calgary, AB, is the only defenceman on the Ice Wolves heading to the showcase. He was acquired by La Ronge at the end of October in a blockbuster deal with the Melville Millionaires. Since joining the Ice Wolves, he has recorded 19 points in 23 games.

“Obviously, it’s a huge honour to be recognized by the league like this,” said Philpott. “It was definitely a goal of mine heading into the season to make this, so it feels good to finally achieve that.”

The SJHL/MJHL Showcase takes place Jan. 21-22 at the Co-operators Centre in Regina.