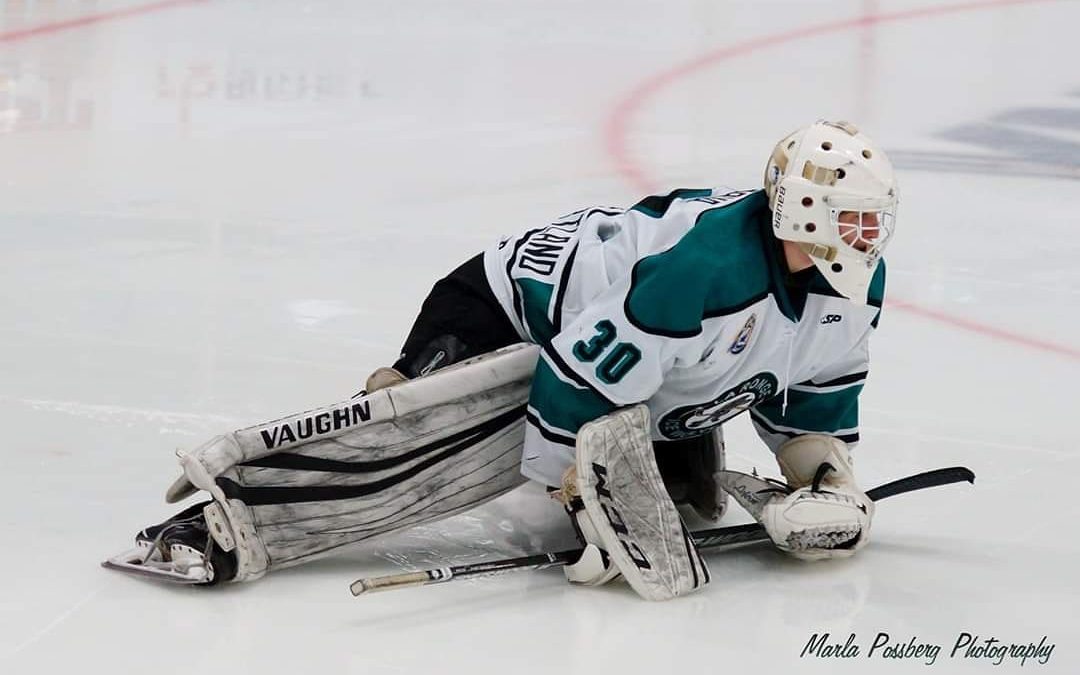 Liam McGarva of the La Ronge Ice Wolves has been named the SJHL Goalie of the Month for November.

McGarva, a Fort Saskatchewan, AB product, posted an 8-1-1 record in November. He started the month with seven wins in seven starts, a streak that eventually came to an end with a 3-2 shootout loss Nov. 22 in Yorkton.

McGarva closed out his month with a 38-save shutout on Saturday at home when the Ice Wolves blanked the Melfort Mustangs 3-0. McGarva has picked up three shutouts this season and has posted a 2.66 GAA and .924 save percentage.

“It feels great (getting the award),” said McGarva. “At the beginning of the month, that was the goal I wanted. I accomplished it, so it feels pretty good.”

McGarva is not the only Ice Wolf getting some love from the league. James Philpott was the runner-up for the defenceman of the month award.

Philpott, a Calgary, AB, product, has nine points in 12 games since coming over in a trade with the Melville Millionaires at the end of October. Philpott has 22 points in 29 games this season. He sits fourth in scoring by defencemen.

“I like the fit here, I think everything has been working good,” said Philpott. “I’ve had great chemistry right off the bat with my defensive partner – Ben Manson. Just being able to play with some guys like Daylon Mannon, Kyle Ford, pretty much everyone on our team that can contribute in one way or another. It’s made the transition pretty easy.”

You can catch Thursday’s game on MBC Network Radio with Braden Malsbury. The pre-game show gets underway at 7:15 p.m.