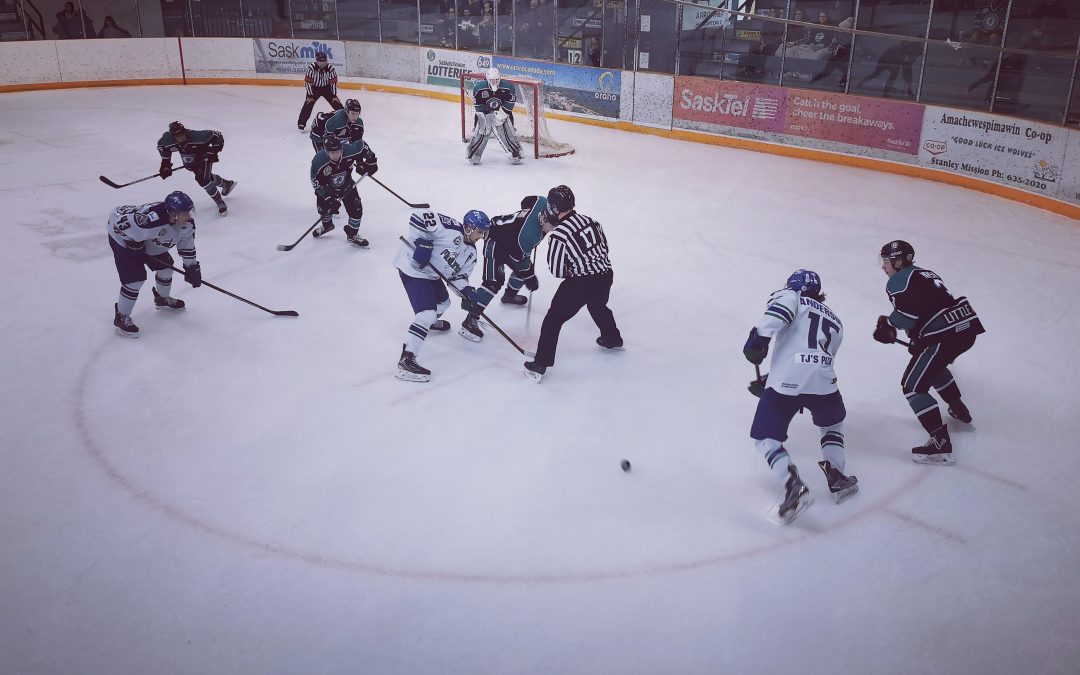 The La Ronge Ice Wolves were not able to earn the extra point when they dropped a 4-3 decision in a shootout Tuesday at home to the Melfort Mustangs.

The Ice Wolves were able to claw their way back into the game after trailing 3-1 through the opening period.

“I thought we played very well in the second and third,” said Ice Wolves Head Coach and GM Kevin Kaminski. “We really tightened up defensively in the third, especially with all of the penalty kills that we were on, our guys did a great job.”

Spencer Kennedy scored twice for the Ice Wolves, while Daylon Mannon had the other marker. Liam McGarva was sensational in the La Ronge net, stopping 47 shots in the loss.

Lucas Ochitwa, Tyson Meyers and Kenzie Arnold had the Melfort goals. Tanner Martin made 36 saves for the victory. La Ronge was not able to score in the shootout, while Isaac Alvarado and Zach Anderson both tallied in the skills competition.

“A lot of things were going right for us,” said La Ronge forward Spencer Kennedy. “I think our start was what killed us, to be honest with you. The first 20 (minutes), we were not there.”

With the loss, the Ice Wolves slipped to 17-14-4 on the campaign, which has them sitting fifth in the SJHL standings.

The Ice Wolves have earned points in four straight games and they will look to rebound on Friday night at the Mel Hegland Uniplex when they open a home-and-home series with the Nipawin Hawks.