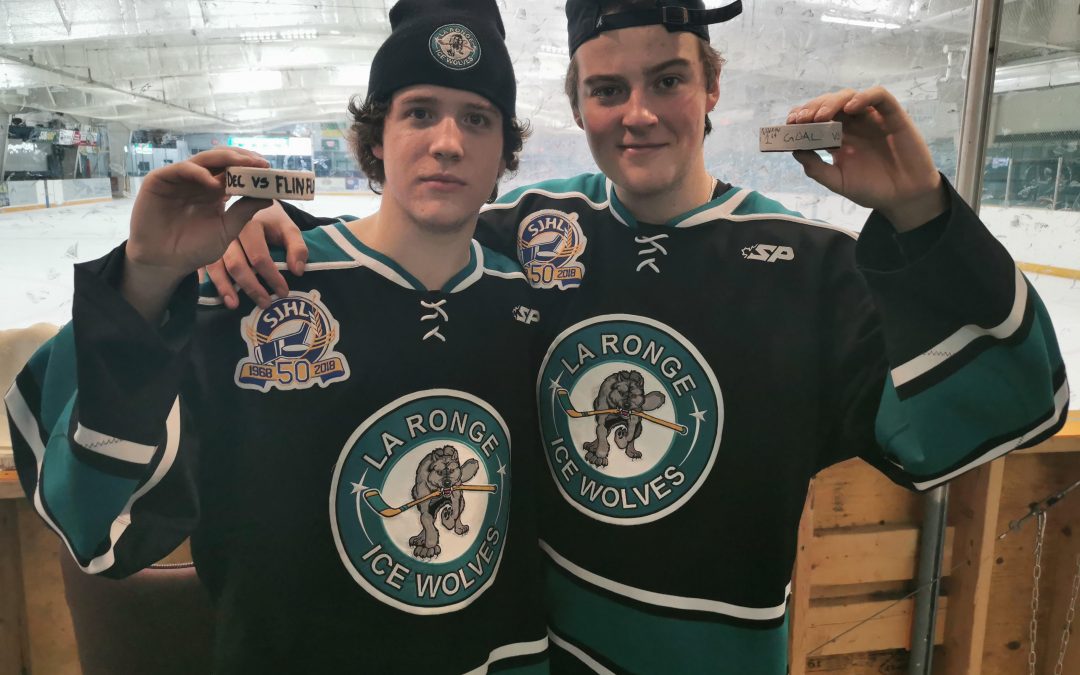 The La Ronge Ice Wolves won their third straight game on Friday at home when they defused the Flin Flon Bombers 6-5 in overtime.

The Ice Wolves blew two two-goal leads throughout the contest, but Daylon Mannon ended things 1:16 into the extra session when he beat Jacob Delorme upstairs with a wicked shot for his 21st of the campaign.

“We decided to take a little nap, Grant Longtin scores the empty-netter, and we sat back on our heels and thought it was done,” said Ice Wolves Head Coach and GM Kevin Kaminski. “Give credit to Flin Flon, they came hard and they tied it up. With a division game, you hate to give up that point, yet on the other side of it, it’s a big win for us, sick goal by Mannon.”

Rowan Barnes, Jake Chartier, Spencer Kennedy, Aaron Greyeyes and Grant Longtin had the other goals for La Ronge. Liam McGarva stopped 52 shots for his 16th win of the season. For Chartier, it was his first marker in the SJHL.

“Obviously, James Philpott threw a backhand out front there and I just kind of saw it in the skates, and turned and was lucky enough to put it in the back of the net,” said Chartier. “It felt pretty good. Obviously, it has been a long time coming.”

Easton Haygarth scored twice for the Bombers, while Dane Hirst, Billy Klymchuk and Cole Rafuse rounded out the offence. Jacob Delorme made 34 saves in the loss.

With the win, the Ice Wolves improved to 17-14-3 on the season, which currently has them sitting in fifth in the SJHL standings.

The Ice Wolves will try and make it four straight wins on Tuesday night at home when they host the Melfort Mustangs. Tuesday’s matchup is slated for 7:30 p.m.