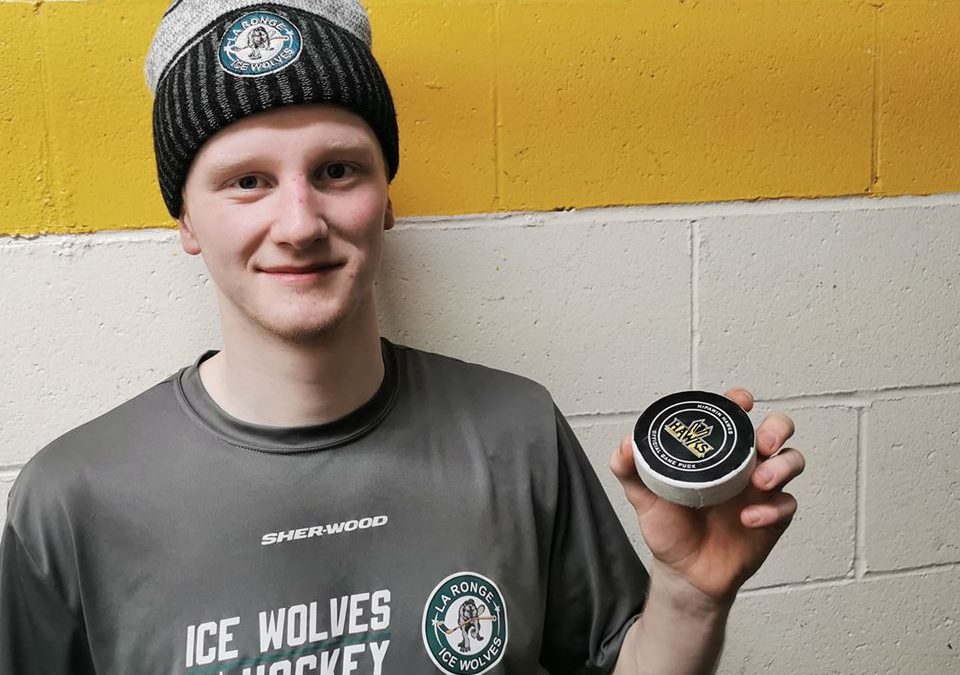 The La Ronge Ice Wolves completed the weekend sweep of the Nipawin Hawks Saturday on the road with a convincing 8-2 victory.

“It was a great game, I think everybody came out flying, we had all 20 guys going,” said Ice Wolves Associate Coach Gaelan Patterson. “Again, (Xavier) Cannon had a great game in net. Our defence played solid, our forwards kept the pressure on.”

The Ice Wolves spread around the offence and used eight different goal scorers. Jordan Mish, Kyle Ford, Nolan Doell, Stewart Pond, Jake Gudjonson, Daylon Mannon, Kevin Fillier and Chad McIlwain all found the back of the net. For Fillier, it was his first goal in the SJHL.

“It’s been a lot of games since I scored a goal, so it definitely felt nice,” said Fillier. “We just refocused in the second intermission, we knew we didn’t have a great second period.”

Xavier Cannon made his second straight start in the La Ronge net and he turned away 33 shots for the victory. With two wins, including a 32-save shutout Friday over Nipawin, Cannon should get strong consideration for the SJHL Goalie of the Week award.

Dalton Dosch got the start for the Hawks and allowed six goals on 27 shots. Ross Hawryluk came into the game late and allowed two goals on four shots. Zach Cox and Jordan Simoneau had the Nipawin goals.

The Ice Wolves have picked up points in six straight games and they have won their last two contests. With the victory, La Ronge improved to 19-14-4 on the season, which still has them sitting in fifth in the very crowded standings. The Ice Wolves are just a single point behind the Melfort Mustangs for third.

The Ice Wolves will search for their third straight win next Friday at home when they host the Flin Flon Bombers at the Mel Hegland Uniplex. Friday’s game is scheduled to get underway at 7:30 p.m.

The Ice Wolves will play their last game of December next Saturday in Flin Flon at the Whitney Forum.