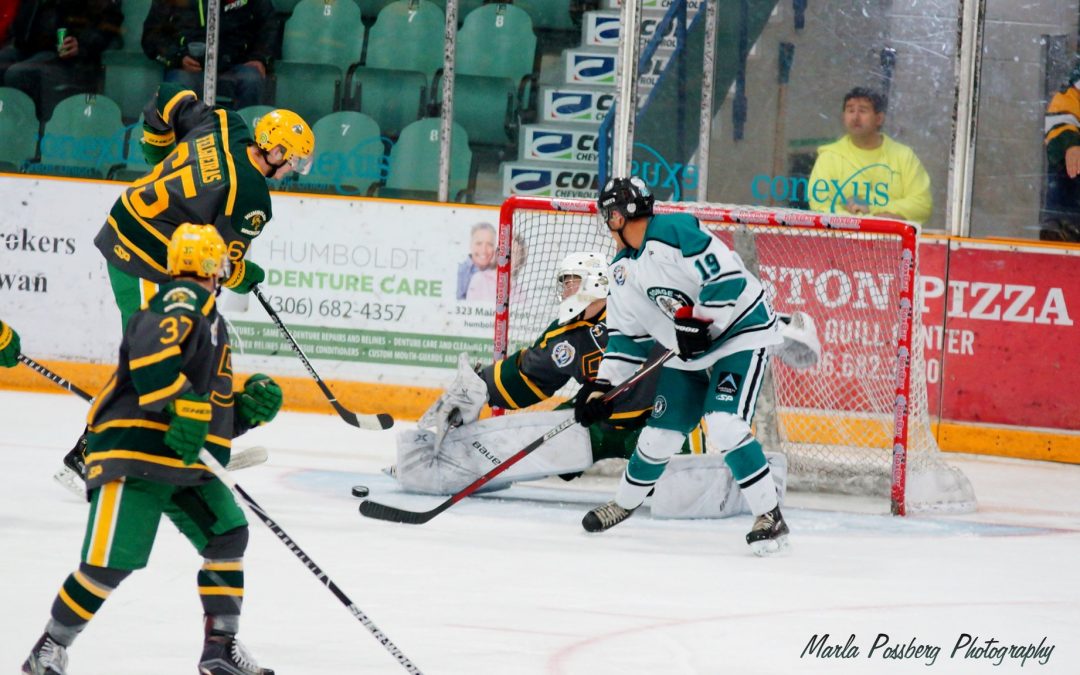 For the second time this season, forward Aaron Greyeyes of La Ronge Ice Wolves is the SJHL Rookie of the Week.

In two games last week, the Muskeg Lake Cree Nation product had four points. Greyeyes had one goal and two assists last Thursday in Pinehouse when the Ice Wolves took down the Yorkton Terriers 5-4. The next night, he chipped in with a goal as the Ice Wolves defused the Flin Flon Bombers 6-5 in overtime.

Greyeyes has spent most of the season on La Ronge’s top line with Kyle Ford and Daylon Mannon. The 18-year-old forward has 11 goals and eight assists this season, which had him sitting in seventh in SJHL rookie scoring entering Tuesday’s action in the SJHL.

“He’s got all the tools, a little bit of everything,” said Ice Wolves Head Coach and GM Kevin Kaminski. “He’s got unbelievable speed, he’s got great skill, he sees the ice well, he’s got a very good shot. But I think the most important thing is that his work ethic is unbelievable. I mean when he’s working, there’s no stopping him.”

Greyeyes and the rest of the Ice Wolves are back in action tonight (Tuesday) when they host the Melfort Mustangs. The Ice Wolves will be looking for their fourth straight win. Tonight’s contest gets underway at 7:30 p.m. from the Mel Hegland Uniplex.

Meantime, the Ice Wolves are currently holding down fifth in the very crowded standings with their 17-14-3 record.

(PHOTO: Aaron Greyeyes drives to the net earlier this season in Humboldt. Photo by Marla Possberg.)