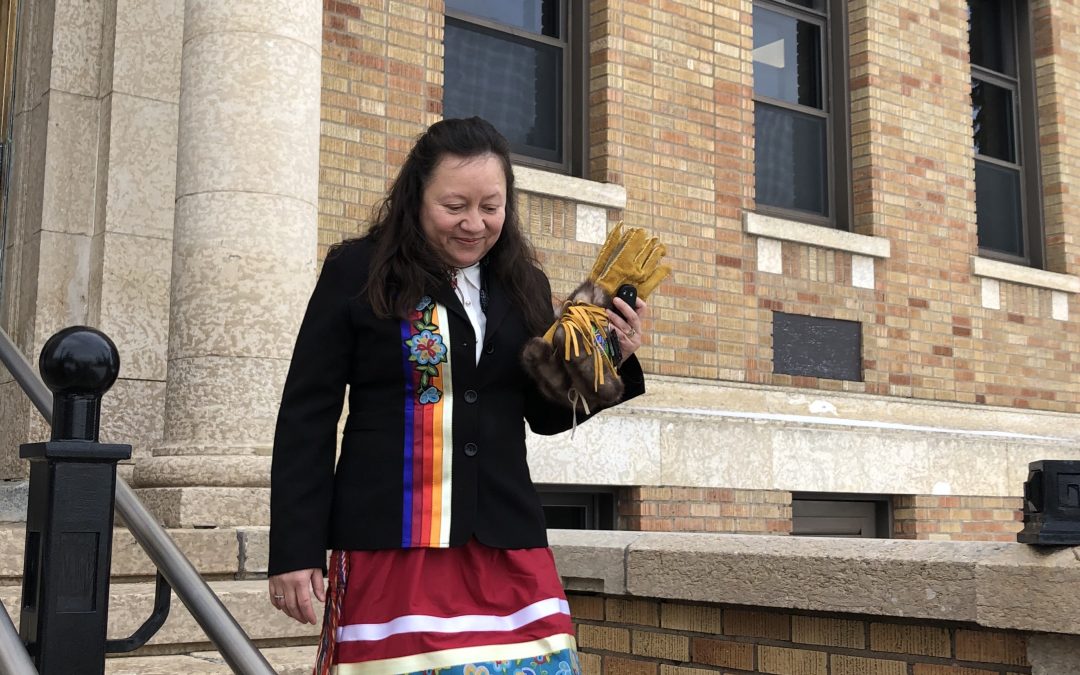 The Métis Nation-Saskatchewan (MN-S) says they received and accepted a resignation from the woman who was elected as the organization’s treasurer in May 2017, but Mary Ann Morin says she threatened to quit and never effectively resigned.

Legal representation for MN-S and Morin presented arguments in a Prince Albert courtroom on Friday.

“If the Métis Nation Saskatchewan wants accountability, communication and transparency, and I can’t provide those assurances, I cannot support this Métis Nation-Saskatchewan on behalf of the citizens who voted for me,” Morin said in a statement issued on Sept. 12, 2017.

The MN-S Provincial Metis Council (PMC) say they received an email from Morin that same day stating that she is resigning.

“I have not resigned from the position of treasurer,” Morin said in a statement released on Sept. 22, 2017. “I will inform you that there is a motion in place to accept the resignation of the treasurer.”

Morin’s Lawyer Mitch Holash said in court that Morin had made several requests to members of the PMC to have the motion rescinded.

The MN-S says they voted to accept Morin’s resignation at their meeting on Sept. 23, 2017.

Meschisnick ordered a temporary injunction and asked Morin to not use the MN-S letterhead or state that she is the MN-S treasurer.

Morin said in court that she will respect the request.