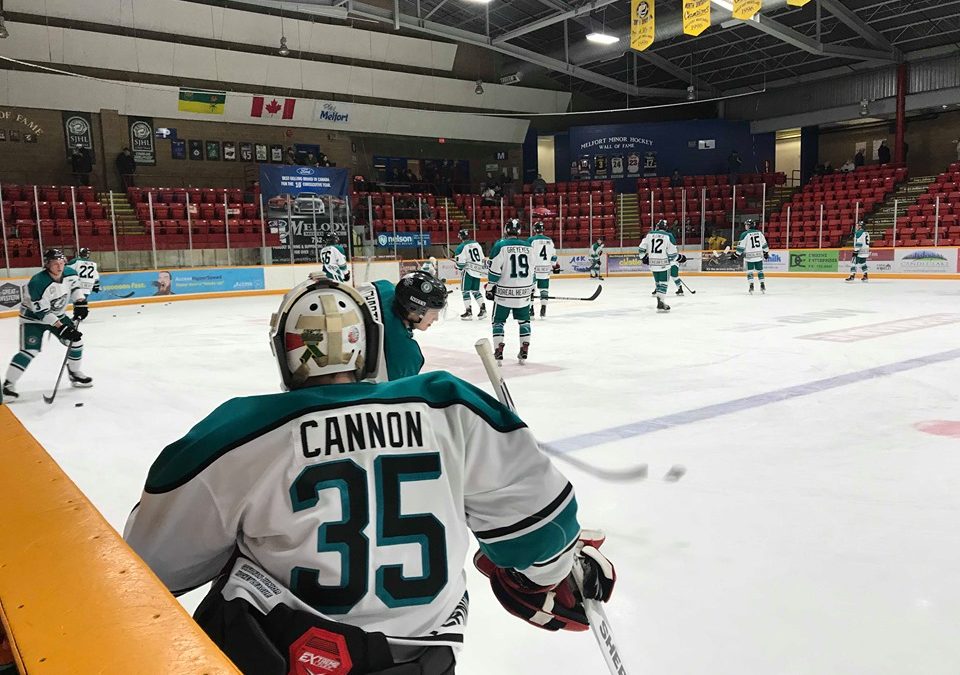 Xavier Cannon of the La Ronge Ice Wolves is the SJHL Goalie of the Week.

Cannon made his La Ronge debut last Friday at home and posted a 32-save shutout versus the Nipawin Hawks. The 18-year-old Quesnel, B.C. product followed that up with a 33-save win Saturday in Nipawin when the Ice Wolves clobbered the Hawks 8-2.

“It makes me feel really good (winning the award),” said Cannon. “The team played really well and I just did my job.”

Cannon was acquired by the Ice Wolves from the Whitecourt Wolverines at the end of November in exchange for a player development fee. In two games with the Ice Wolves, Cannon has recorded a .970 save percentage and 1.00 GAA.

Meantime, La Ronge forward Nolan Doell was the runner-up for the SJHL Rookie of the Week award.

“Me and my line, we started clicking and it was good to see things going our way,” said Doell. “Just got to keep it up these next games before the Christmas break.”

In nine games since being acquired from the Weyburn Red Wings, Doell has six points.

The Ice Wolves are back in action on Friday at home when they host the Flin Flon Bombers in the opening game of a home-and-home set. Friday’s contest is slated to get underway at 7:30 p.m. from the Mel Hegland Uniplex. The Ice Wolves have recorded points in six straight games and they will be looking for their third straight win.

La Ronge will play its last game before the Christmas break Saturday in Flin Flon at the Whitney Forum. You can catch the action on MBC Network Radio with Braden Malsbury. The pre-game show gets underway at 7:15 p.m.