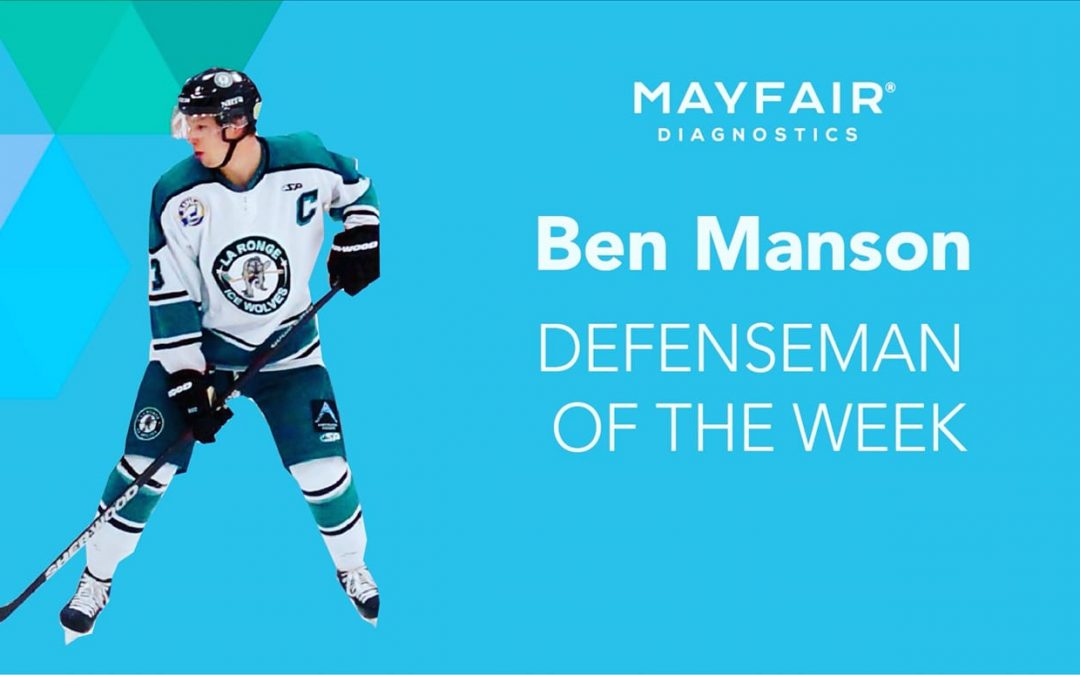 Ben Manson of the La Ronge Ice Wolves has been named the SJHL Defenceman of the Week.

Meantime, the Ice Wolves are back in action on Wednesday in Melfort when they meet the Mustangs for the third time this season. La Ronge will be looking for its second straight win after doubling up the Humboldt Broncos 8-4 Saturday.

You can catch Wednesday’s game live on MBC Network Radio with Braden Malsbury.