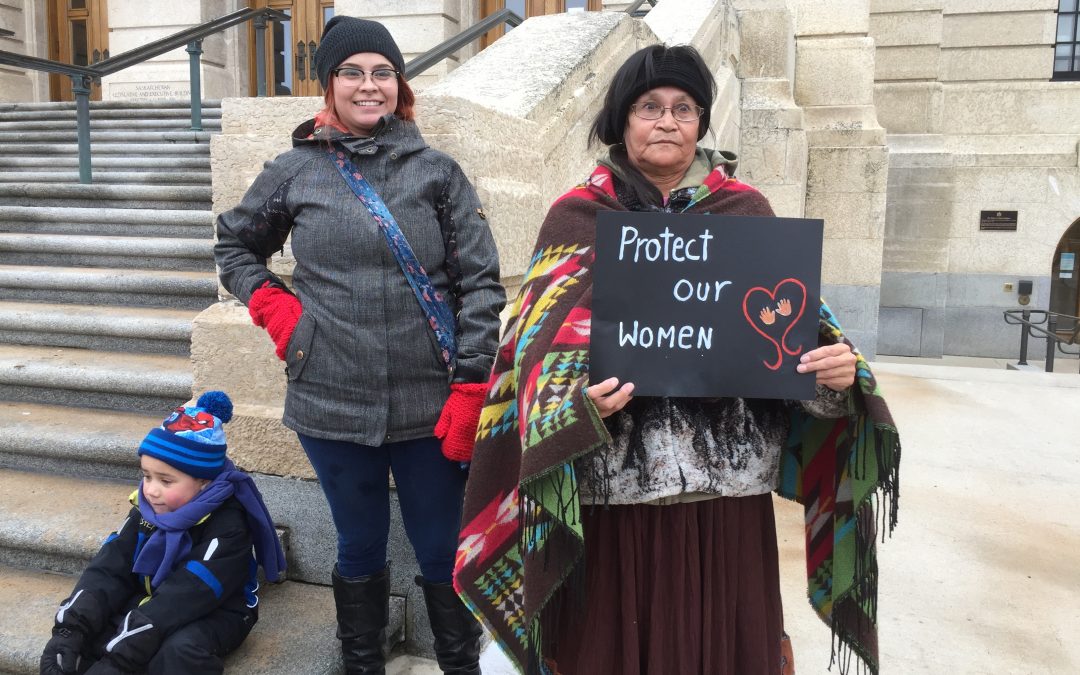 A few dozen people marched the streets of Regina Tuesday to raise awareness to a class-action lawsuit regarding the forced or coerced sterilization of Indigenous women.

The group walked from the First Nations University of Canada to the Legislative Building.

One plaintiff identified as S.A.T. as a publication ban is preventing the release of her identity is from Saskatoon.

She came forward in 2015, and said the procedure was performed on her when she was 29-years-old.

“What was done to me was wrong. I’m doing this to protect our future generations, our daughters, our granddaughters and our nieces. We need to protect all Indigenous women and girls,” said S.A.T.

She is not the only person in the province claiming to have forced tubal ligation.

Law firm Semaganis, Worme and Lombard represent a woman identified as D.D.S. who claims she was sterilized at the Moose Jaw hospital last December.

“D.D.S. noticed that a tubal ligation was also listed on the consent form at that time, which the doctor had not mentioned. He remained in her private space the entire time waiting for her to sign,” said Attorney Alisa Lombard. “She believed she had no choice but to sign. She knew nothing of the risks, nothing of the consequences and nothing of the other birth control options available to her, because the doctor never disclosed them.”

Approximately 66 women nationwide are part of the lawsuit. Lombard’s co-counsel Helen Semaganis said that such reproductive procedures should obtain full an informed prior consent. “It shouldn’t happen when a woman is in the throes of labour for one thing,” Semaganis explained.

Federation of Sovereign Indigenous Nations Vice-Chief Heather Bear said forced sterilization is one of the most traumatic experiences for Indigenous women as it takes the right to birth away.

The Saskatchewan Health Authority committed to internally reviewing the Moose Jaw allegation, but most likely won’t release its finding public. Health Minister Jim Reiter said he could not comment on the litigation, but said that consent policy changes are being developed within the SHA.

(Photo: A demonstrator at the Sask. Legislature. By Dan Jones