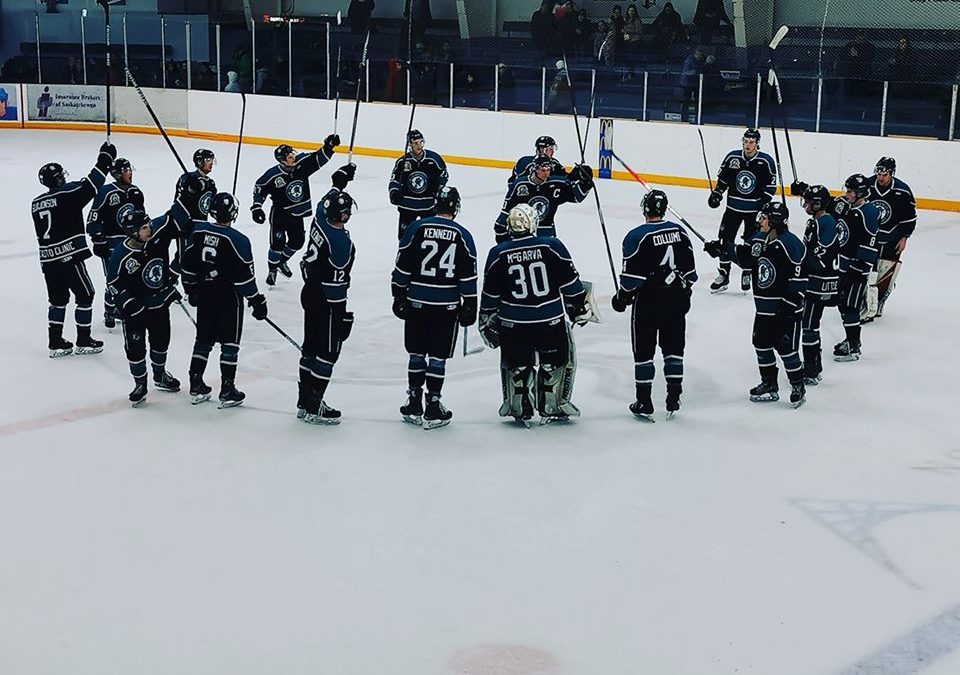 The La Ronge Ice Wolves recorded their fourth straight win on Saturday at home when they clobbered the Kindersley Klippers 7-2.

“The boys played another solid 60 minutes,” said Ice Wolves Head Coach and GM Kevin Kaminski. “Everyone chipped in offensively, everyone played good defensively, but we got a little lackadaisical during the last seven minutes.”

Aaron Greyeyes scored twice for the Ice Wolves, while Max Kleiner, Daylon Mannon, James Philpott, Kaiden Collumb and Grant Longtin rounded out the offence. Liam McGarva made 31 saves for his 10th win of the campaign.

“I think at the start of the game, we established the forecheck and really got them pushed back,” said La Ronge forward Aaron Greyeyes. “We just put pucks on net and just kept that pressure up, and it helped us out in the end.”

Jacob Schnapp had the only marker for Kindersley, while Matthew Pesenti and Hudson Killem both saw time in the Kindersley net. Pesenti allowed six goals on 37 shots, while Killem allowed one goal on 15 shots. La Ronge outshot Kindersley 52-33 Saturday.

With the win, the Ice Wolves improved to 11-11-2 on the season, which still has them sitting in seventh place in the very crowded SJHL standings. The Ice Wolves are only three points behind the Humboldt Broncos for fourth place.

The Ice Wolves search for their fifth straight win on Thursday at home when they entertain the Notre Dame Hounds at the Mel Hegland Uniplex. Thursday’s matchup gets underway at 7:30 p.m. and that contest will kick off parents’ weekend. The Ice Wolves welcome Humboldt to town next Friday night and Saturday afternoon.

Following Saturday’s matchup with the Broncos, the Ice Wolves will host their sportsman’s dinner, which features former NHLers Jeff Odgers and Curtis Leschyshyn.