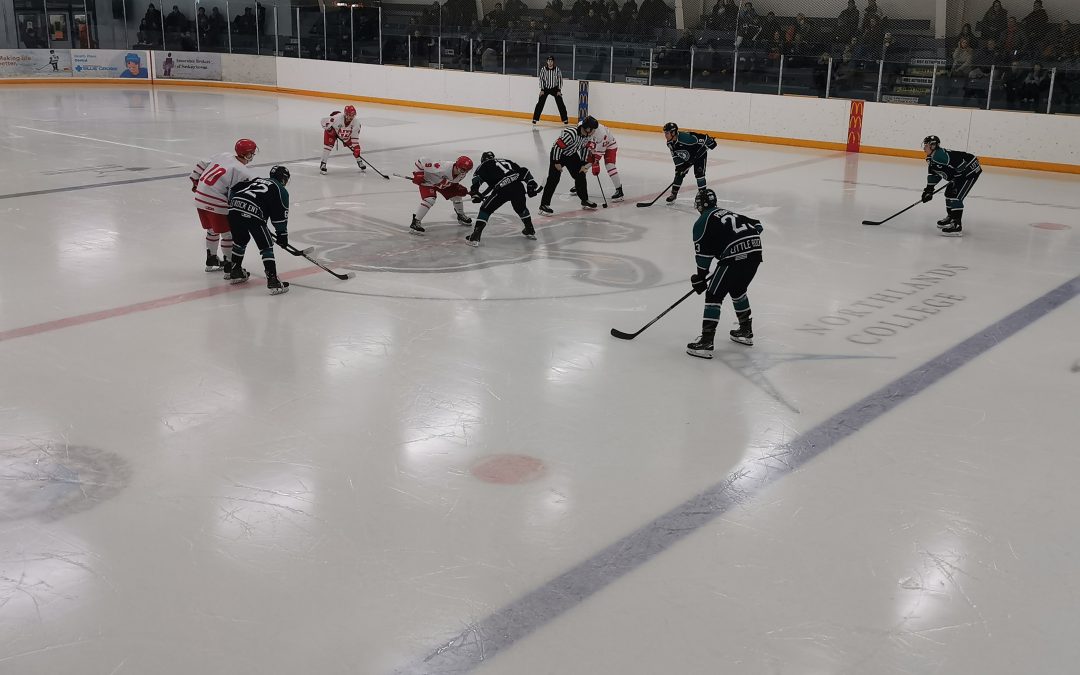 The La Ronge Ice Wolves recorded their fifth straight win Thursday at home when they doubled up the Notre Dame Hounds 4-2.

“It was an ugly win, for sure,” said Ice Wolves Head Coach and GM Kevin Kaminski. “What I liked the most was that everyone stepped up to the plate. Ford’s line didn’t have a very good night tonight, but we got a goal from Gudjonson, we got a goal from Booker and we got a goal from Kleiner. The other three lines chipped in and then we got an empty-netter.”

The Ice Wolves opened the scoring 6:41 into the game when Jake Gudjonson banked home his fifth of the season past Logan Dyck, who finished with 33 saves in the loss.

The Hounds tied the game at one 10:45 into the first after a Jared Hamm wraparound goal. Notre Dame took a 2-1 advantage 15:00 into the first frame when Jayce Nikbakht sent a blistering shot upstairs past Liam McGarva from the left circle.

The Ice Wolves tied things up at two 27 seconds into the second when Booker Chacalias tipped home his ninth of the season. La Ronge restored the lead and went up 3-2 8:27 into the middle stanza after Max Kleiner netted his second of the campaign. Kleiner’s goal proved to be the winner, as Chacalias added an empty-netter late in the third period, which sealed the win.

“I thought we played pretty good, but we definitely have a few more levels to go,” said Kleiner. “It was a good scrappy win, but we could have played better. It’s a good way to go out tonight.”

With the win, the Ice Wolves improved to 12-11-2 on the season, which now has them sitting in sixth place in the overall standings.

La Ronge will look for its sixth straight victory Friday night at home when the Humboldt Broncos come to town for a 7:30 p.m. puck drop at the Mel Hegland Uniplex.