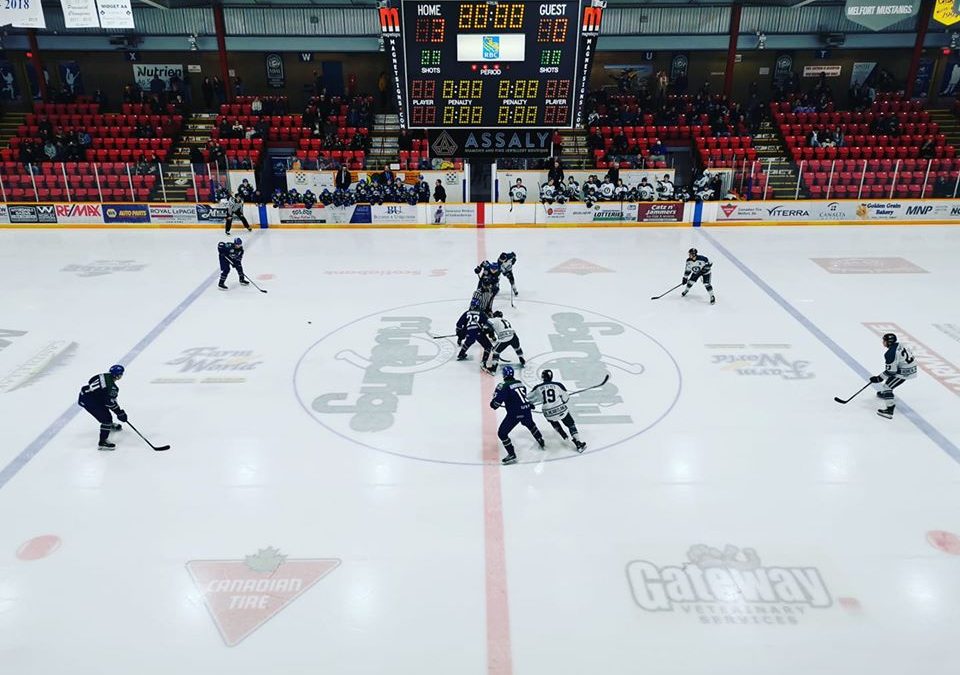 The La Ronge Ice Wolves opened a home-and-home series with a disappointing 3-0 loss in Melfort on Friday night.

“We just got outworked by them,” said Ice Wolves Associate Coach Gaelan Patterson. “We’ve kind of gone through a few changes with the lineup, added some players. Maybe we weren’t on the same page as much as we would’ve liked to be. At the end of the day, they just outworked us tonight and we’re going to have to outwork them tomorrow.”

The Mustangs opened the scoring 15:33 into the first when Adam Nobes flew into the La Ronge zone and beat Liam McGarva, who made 34 saves in the loss. It was Mcgarva’s first loss in regulation since Oct. 26 in North Battleford.

The Mustangs took a 2-0 lead 4:26 into the second when Tyson Meyers banked home his seventh of the season on the power play. Melfort went up 3-0 6:39 into the middle frame following a Ben Tkachuk marker. Shawn Parkinson only had to make 17 saves for his first shutout of the season.

With the loss, the Ice Wolves slipped to 14-14-3 on the season, which now has them sitting in seventh in the overall standings. The Ice Wolves have dropped their last three games.

La Ronge will look to rebound on Saturday at home when they welcome the Melfort Mustangs to the Mel Hegland Uniplex.

“We’ve got to outwork them,” said Ice Wolves Associate Coach Gaelan Patterson. “We can’t go into any game and think that we can just kind of glide through, and go through the motions. We have to outwork teams to win, I think the guys know that and we learned a lesson tonight.”

(PHOTO: The Ice Wolves made their second trip of the season to Melfort Friday. Photo by Braden Malsbury.)