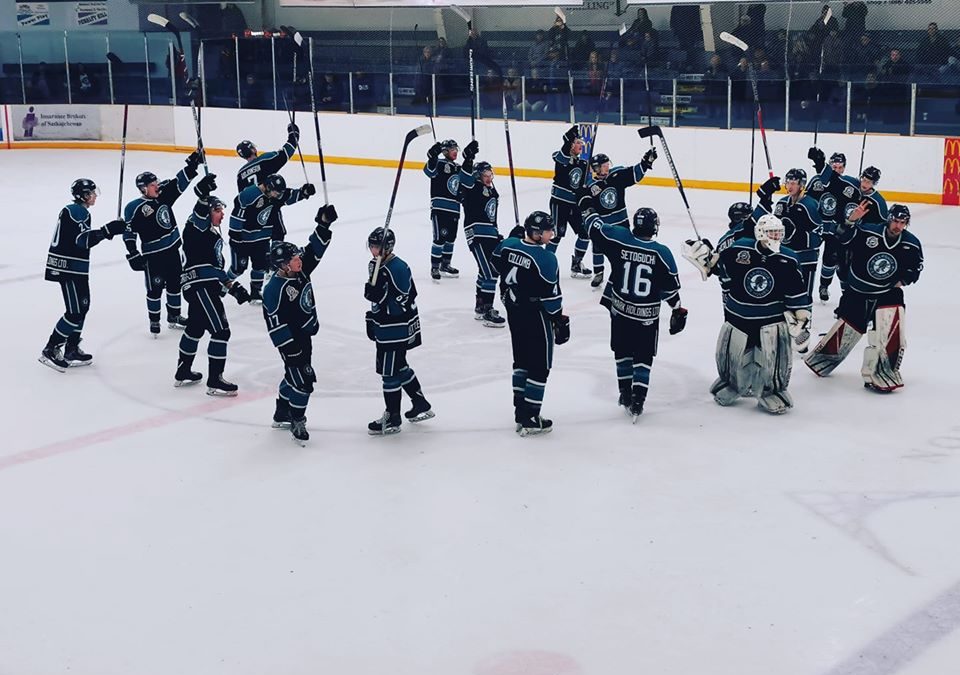 After losing 5-1 to the Humboldt Broncos on Friday night at home, the La Ronge Ice Wolves responded in a big way with an 8-4 victory versus Humboldt Saturday afternoon.

“I think we knew we had something to prove today and all the guys bought in,” said La Ronge defenceman Ben Manson. “We had no passengers, every line was going. Everybody knew what their role was today.”

Max Gudnason, Logan Foster and Spencer Weinkauf had the Humboldt goals. Brendan Forman got the start for the Broncos, but he was replaced after the first period by Dawson Cochrane, who allowed four goals. La Ronge also scored an empty-netter, as the Broncos pulled their goalie on several occasions during the game.

Meantime, the La Ronge’s power play was clicking on Saturday, as they scored three times on the man advantage.

“We put the soup sticks away and we quit stirring, and we started skating,” said Ice Wolves Head Coach and GM Kevin Kaminski. “It was a totally different team today. It was a good bounce back. I thought the work ethic was unbelievable today.”

With the win, the Ice Wolves improved to 13-12-2 on the season. Heading into Saturday evening’s action in the SJHL, La Ronge was sitting in sixth place in the standings.

The Ice Wolves are now 6-1 in November and they will look to keep things rolling next Wednesday night in Melfort against the Mustangs. You can catch that game on MBC Network Radio with Braden Malsbury. The pre-game show is set to get underway at 7:15 p.m.

Following Wednesday’s matchup with the Mustangs, the Ice Wolves travel to Yorkton next Friday and Melville next Saturday.