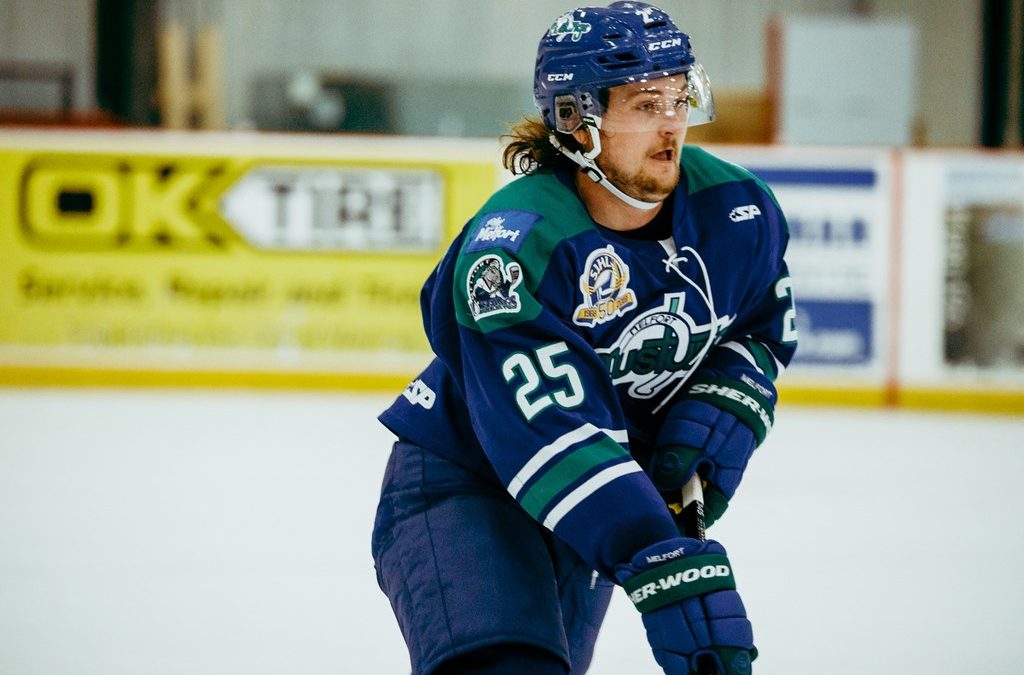 The La Ronge Ice Wolves have bolstered their blue line in a big way.

Hobson never played a game with the Klippers and was traded to Kindersley from Melfort on Monday in a five-player deal. In 15 games this season with the Melfort Mustangs, the Christopher Lake, SK product tallied 15 points.

“Hobson is a high-end defenceman who brings a wealth of experience to bolster our D-line,” said Ice Wolves Head Coach and GM Kevin Kaminski. “He plays hard and gritty, but is very talented offensively. He will be utilized on the power play a lot. He sees the ice very well and has a helluva one-timer.”

“I got the call and jumped in my car, I was pretty excited,” said Hobson. “I think I can bring a little bit of offence, offensive capability, moving pucks, moving them quick.”

Meantime, the Ice Wolves have also acquired 18-year-old goalie Xavier Cannon from the AJHL’s Whitecourt Wolverines in exchange for a player development fee.

“The report on Cannon is that he has all the tools and especially size at 6’4” tall. He is young, very athletic and excited to get this opportunity, as hasn’t seen much ice time behind a 20-year-old in Whitecourt,” said Kevin Kaminski. “They (Whitecourt) just got a goalie down from the Brandon Wheat Kings. We look for him to push Liam McGarva. We welcome both of these guys to the Ice Wolves’ family.”

Cannon, a Quesnel, B.C. product, appeared in four games with the Wolverines this season and posted a 4.55 GAA and .855 save percentage.

“I’m a really big goalie, so I tend to be butterfly-style,” said Cannon. “I’ve added a lot of patience into my game, so I wait out the puck and I attack it.”

The Ice Wolves are back in action on Friday night in Melfort when Jake Hobson takes on his former team for the first time. You can catch the action live on MBC Network Radio with Braden Malsbury. The pre-game show gets underway at 7:15 p.m.

The Ice Wolves will close out their weekend Saturday on home ice against Melfort.