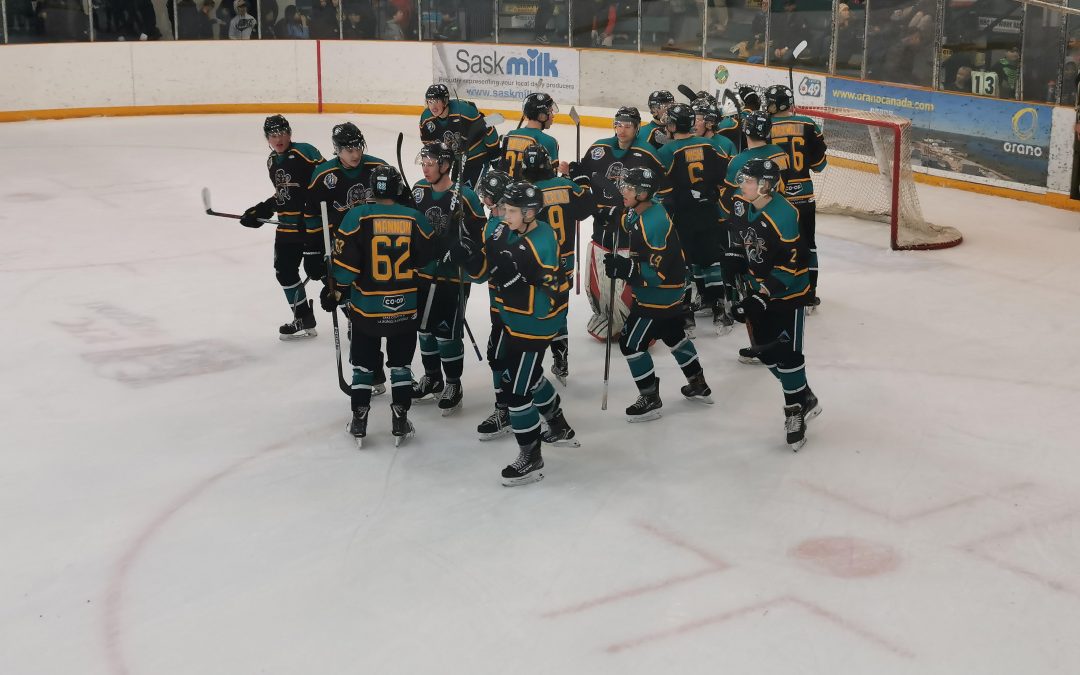 “This was huge and a must win for us, they got three games in hand and we were only three points ahead, so it’s nice to get a little bit of a cushion, but we can’t get complacent here,” said Ice Wolves Head Coach and GM Kevin Kaminski. “It’s a five-game home stand, we’ve got to take care of business here. We’ve got to come out even better tomorrow and finish this off.”

The Ice Wolves got things going 1:30 into the game when Aaron Greyeyes sent a nifty pass to Daylon Mannon, who rifled home his 14th of the campaign. The Klippers tied the game at one 4:01 into the first when Dane Hirst picked up the puck off a turnover and beat Liam McGarva in the slot.

Neither team was able to find the back of the net in the second, so it remained a 1-1 game heading into period three.

The Ice Wolves took a 2-1 advantage just 25 seconds into the third stanza when Daylon Mannon sniped his second of the evening shorthanded. Aaron Greyeyes added an empty-netter with 30 seconds remaining, as the Ice Wolves started their weekend on a positive note.

“I think our defence was really good,” said La Ronge forward Daylon Mannon. “In the second period, they dominated a little bit, but our defence was good and hats off to Liam McGarva for standing on his head.”

Liam McGarva was solid in the La Ronge net. He made 29 saves for his ninth victory of the campaign. Matthew Pesenti turned away 38 shots in a losing cause for Kindersley.

With the win, the Ice Wolves improved to 10-11-2 on the season, which still has them sitting in seventh in the very tight SJHL standings. La Ronge closes out its weekend on Saturday at home against Kindersley. Saturday’s contest gets underway at 7:30 p.m. from the Mel Hegland Uniplex.