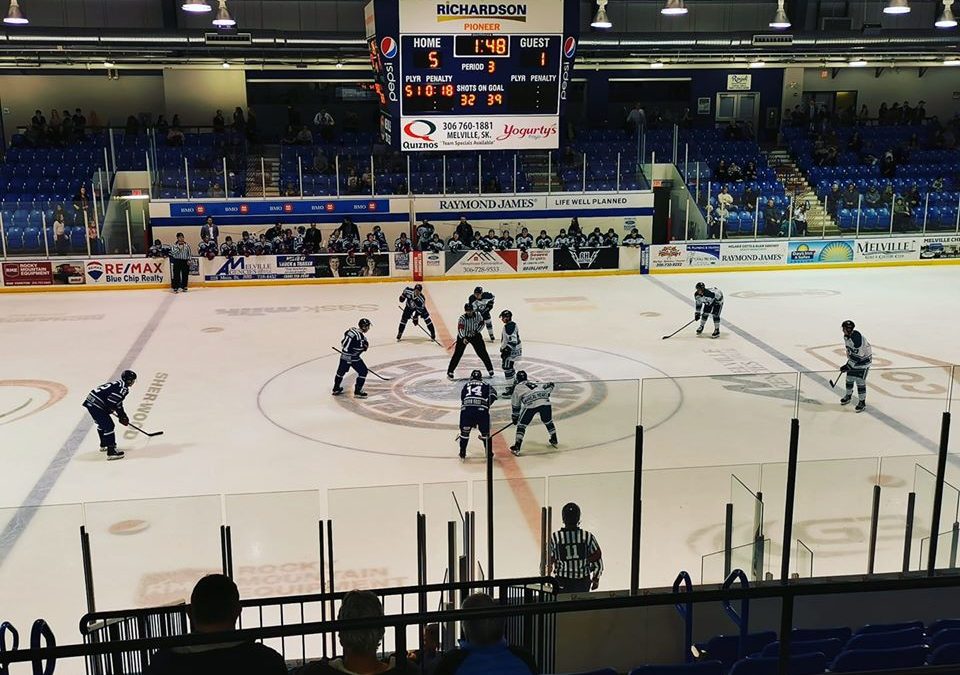 The La Ronge Ice Wolves ended a three-game southern swing with a 5-1 loss in Melville on Saturday night.

“We outshot them, I thought we played good the first period,” said Ice Wolves Head Coach and GM Kevin Kaminski. “We were outshooting them 8-1 at one point and then we got into penalty trouble. We got selfish, we were undisciplined.”

James Philpott scored for La Ronge, while Steven Bacovsky suffered the loss in net. Bacovsky played the first two periods and allowed four goals on 21 shots. Liam McGarva started the third period and allowed one goal on 12 shots in a relief appearance.

Luke Nkwama scored three times for Melville, while Grady Birk and Payton Jerome also found the back of the net. Berk Berkeliev was sensational for the Millionaires, he turned away 40 shots for the victory.

“Their goalie played well, we had some point-blank shots early on and throughout the game,” said Ice Wolves Head Coach and GM Kevin Kaminski. “We have to go home, we’ve got to regroup here. We got to get some rest, being on the road, three in four nights. We’ve got to get back at it and get everyone back on the same page here.”

With the loss, the Ice Wolves slipped to 14-13-3 on the season, which still has them sitting in sixth place in the SJHL standings.

The Ice Wolves will now get some time off before taking on the Mustangs in Melfort next Friday night. You can catch the action live on MBC Network Radio with Braden Malsbury. The pre-game show is scheduled to get underway at 7:15 p.m.

Following next Friday’s tilt with the Mustangs, the Ice Wolves close out their weekend next Saturday at home against Melfort.

(PHOTO: The Ice Wolves made their first trip of the season to Melville Saturday. Photo by Braden Malsbury.)