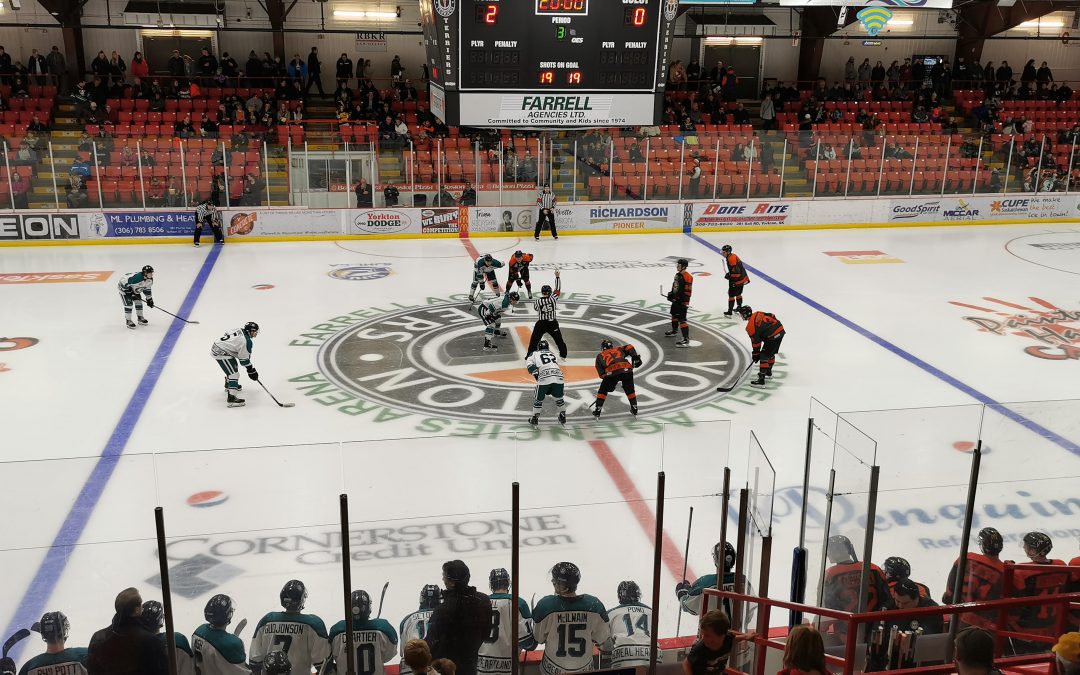 The La Ronge Ice Wolves earned a single point on Friday in Yorkton when they dropped a 3-2 decision in a shootout to the Terriers.

“We came back hard and it was nice to see Jake Gudjonson get that one (to tie it up),” said Ice Wolves Ice Associate Coach Gaelan Patterson.

The Ice Wolves cut the lead to one 10:07 into the third when Nolan Doell knifed in his first of the season, which made it a 2-1 game. La Ronge tied things up at two with 41 seconds left in the third when Jake Gudjonson flew into the Yorkton zone and sent a sneaky shot past Ryan Ouellette, who turned away 36 shots in the win.

Overtime solved nothing, so for the first time this season, the Ice Wolves went to a shootout. Alec Zawatsky and Chantz Petruic scored for the Terriers in the shootout, while Jake Gudjonson and Daylon Mannon were not able to convert for La Ronge in the skills competition.

With the loss, the Ice Wolves slipped to 14-12-3 on the season, which currently has them in sixth place in the standings.

The Ice Wolves will look to rebound on Saturday in Melville when they close out their three-game swing against the Millionaires.

“I think just offensively, the guys can relax a little bit, they have little more time than they think,” said Ice Wolves Ice Associate Coach Gaelan Patterson. “We got Melville, we know what they are, we know what they bring. I think we got to go in there and dictate the game, and make this a good road trip.”

You can catch Saturday’s duel on MBC Network Radio with Braden Malsbury. The pre-game show is slated to get underway at 7:15 p.m.

The Ice Wolves will be facing off with Zach Bannister, Dylan Thackeray and Grady Birk, who are all former members of the Ice Wolves.

(PHOTO: The Ice Wolves made their second trip to Yorkton Friday. Photo by Braden Malsbury.)