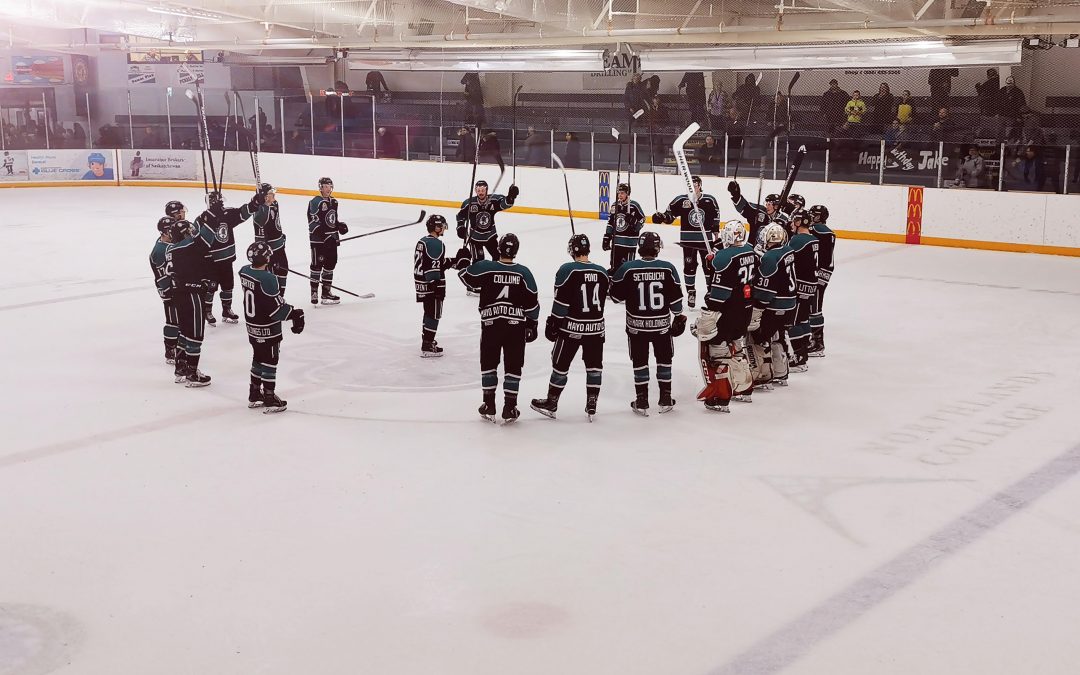 The La Ronge Ice Wolves returned to the win column on Saturday night at home when they blanked the Melfort Mustangs 3-0.

“I think our boys came out hard and battled for 60 minutes,” said Ice Wolves Associate Coach Gaelan Patterson. “Everybody committed and bought in. That’s the result we get when we have that from the boys.”

Following a scoreless opening frame, the Ice Wolves got on the board 1:36 into the second period when Grant Longtin sniped on a breakaway.

The Ice Wolves took a 2-0 lead 6:12 into the third when Jake Gudjonson found Grant Longtin, who potted his second of the night and sixth of the season. Daylon Mannon added an empty-net goal late in the game for his 18th of the season.

“I just think we came out hot,” said Longtin. “We wanted to get a good win at home and just keep the streak going at home.”

Liam McGarva was perfect in the La Ronge net. He recorded his third shutout of the season. McGarva improved his save percentage to .920 and GAA to 2.66.

With the win, the Ice Wolves improved to 15-14-3 on the season, which still has them sitting in seventh place in the very crowded SJHL standings.

The Ice Wolves went 8-3-1 during the month of November. They will search for their second straight win on Thursday in Pinehouse when they clash with the Yorkton Terriers in a neutral-site affair. You can catch Thursday’s battle on MBC Network Radio with Braden Malsbury. The pre-game show gets underway at 7:15 p.m.