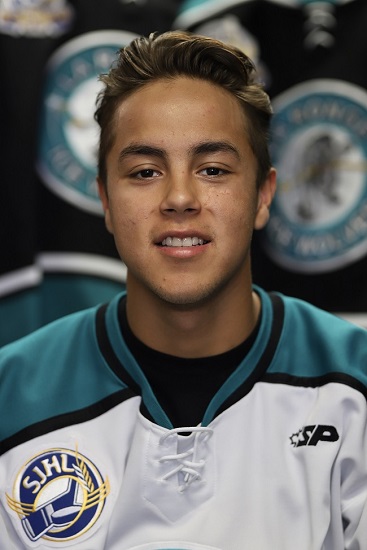 Another member of the La Ronge Ice Wolves has been honoured by the SJHL.

Forward Aaron Greyeyes has been named the SJHL Rookie of the Week.

In two games this past weekend versus the Kindersley Klippers, the Muskeg Lake Cree Nation product tallied three goals and four points.

“Personally, I think it feels good, just winning that accomplishment,” said Greyeyes. “I’ve been working hard for it. It didn’t really cross my mind, I was just playing hard.”

In 19 games this season, Greyeyes has recorded 13 points. He is currently playing on La Ronge’s top line with Daylon Mannon and Kyle Ford.

“Aaron brings a little bit of everything to the plate,” said Ice Wolves Head Coach and GM Kevin Kaminski. “He’s got unbelievable speed, he’s got great vision, he’s got good hockey sense, he’s skilled. The one thing that I really like about him, adding all those intangibles, is his work ethic.”

Meantime, the Ice Wolves are currently on a four-game win streak and they will look to keep the good times rolling on Thursday at home when they host the Notre Dame Hounds. Thursday’s game gets underway at 7:30 p.m. from the Mel Hegland Uniplex.