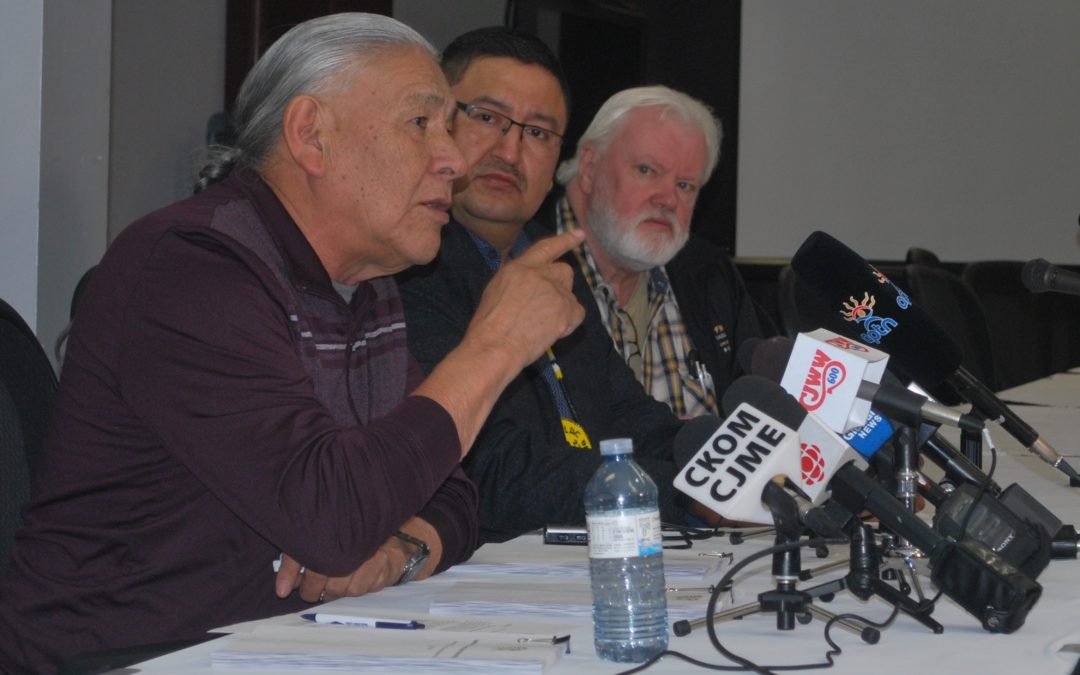 The Federation of Sovereign Indigenous Nations is expressing frustration at the province’s refusal to adopt a suicide prevention strategy.

This comes in the wake of a rash of suicides on the Makwa Sahgaiehcan First Nation in recent months, including a 10-year-old girl who took her own life last week.

The FSIN held a press conference Thursday afternoon at its Saskatoon office to address the problem.

The organization is also calling on the federal government to adopt a suicide prevention strategy.

The FSIN put forward its own prevention strategy in 2018 and the Opposition NDP has also put forward a private member’s bill on suicide prevention in the past.

Also in attendance at the press conference were the leaderships of the Fond du Lac Denesuline First Nation and Makwa Sahgaiehcan First Nation.

Fond du Lac Chief Louie Mercredi said, like Makwa Sahgaiehcan, his community too is being plagued by youth suicide.

“We as parents and grandparents, we should not be burying our young people,” he said. “It should be the young people burying their parents.”

Mercredi said a lack of adequate housing, poor infrastructure and the ongoing effects of the residential school system are just a few of the factors contributing to the community’s suicide problem.

Tommy Littlespruce of Makwa Sahgaiehcan says the community has had four suicides since July.

He said both levels of government are refusing to put the necessary money in place to hire more permanent mental healthcare workers and the community is suffering the consequences.

“Our kids are falling through the cracks and taking their lives because of policies, implemented by somebody in Regina or Ottawa,” Littlespruce said.