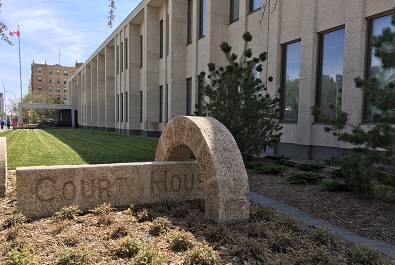 The Court of Queen’s Bench as ruled that all interim decisions made by the chair of an Election Appeals Tribunal of the Carry the Kettle Nakoda Nation are null and void, as Chair James Kennedy acted without the approval of the majority of the tribunal members.

“A division has arisen among the members of the Tribunal respecting the decision of the Tribunal Chair, James Kennedy, to retain Nathan Phillips of Phillips & Co. as the Tribunal’s legal counsel. The result of that dispute is that three of the five Tribunal members – Raquel Pasap, Al Hubbs, and Matthew Spencer [opposing members] – have refused to attend Tribunal meetings when Nathan Phillips is present. In response, Mr. Kennedy has chosen to proceed with Tribunal meetings without the opposing members present, resulting in several sets of interim orders [impugned orders] made with the assent of only himself and one other Tribunal member, Tanis Cote-Lartey,” Justice M.R. McCreary wrote.

In March, the Elders of Carry the Kettle examined how to remove and replace tribunal members. While that question was not put before the court, McCreary ruled that only Chief and Council has the authority to amend legislation.

“While it may be that Elders will ultimately determine how the Cega-Kin Election Act should be amended, the issue of whether they should be consulted rests with Chief and Council, not the Tribunal appointed by Chief and Council. As a result, the March 20, 2019 resolution to hold a joint meeting of the Tribunal and the Elders to determine a process for removing and replacing Tribunal members is quashed. The resolution coming out of the March 30, 2019 meeting of the Elders is also invalid.”

McCreary noted that the Cega-Kin Election Act does not specify how a Tribunal member is to be removed or replaced and that an amendment to the legislation would be needed.