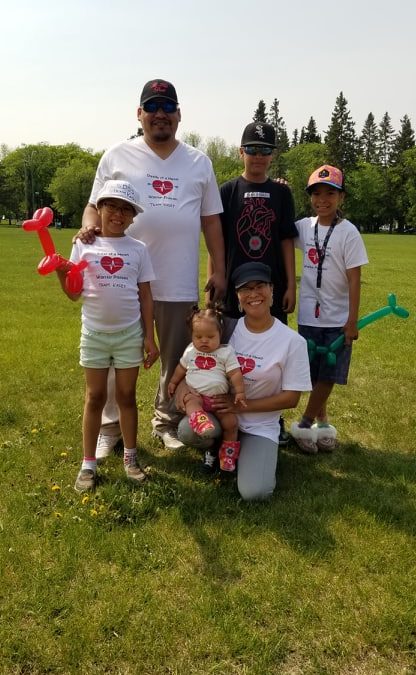 A Prince Albert woman and her family who lost almost everything in a house fire three weeks ago are slowly putting their lives back together.

Jessica Rabbitskin says she and her partner Richard were awoken by the sound of a fire alarm in their fourplex on 27th Street East in the early morning hours of Oct. 7.

When they went downstairs to the kitchen to see what was going on, they found a full-scale fire burning on the back deck and threatening to come into the dwelling.

The two parents then grabbed the four children, ran outside to their truck, phoned 911 and waited for the fire department to arrive.

After losing her home and most possessions, Rabbitskin said the last few weeks have certainly not been easy but the situation has been helped by the outpouring of community support.

She said the help her’s and the other three families, who also lost their homes in the fire, have received has been amazing.

“People are still contacting us, ‘I have a box of clothes for you, I have some kitchen stuff, I have a box for you.’ Things like that and it’s just heartwarming, you know.”

Rabbitskin added the family has received a lot of assistance in particular from her home community of the Big River First Nation, Prince Albert Grand Council and Red Cross.

The Red Cross covered hotel costs for the first three nights and the First Nation the next six until the family was able to move into a new home.

She said the Non-Insured Health Benefits Program (NHIB) for First Nations and Inuit also helped buy a new gastrointestinal feeding machine for her youngest daughter Kasey after the previous one was destroyed in the fire.

The 21-month-old was born with a congenital heart defect.

PAGC has coordinated donations of various items from the local community for the family.

Luckily, the family does have insurance and Rabbitskin said they are currently in the process of determining what wasn’t destroyed by the fire before moving to buy replacement items.

However, she noted one thing that can’t be replaced are the memories.

“I’m the kind of person who keeps stuff. So, we had tons of things. We had a lot of camping gear, we had a whole bucket of Halloween costumes, we had Christmas stuff, we had my baby’s stuff from growing up.”

The cause of the fire is still under investigation.