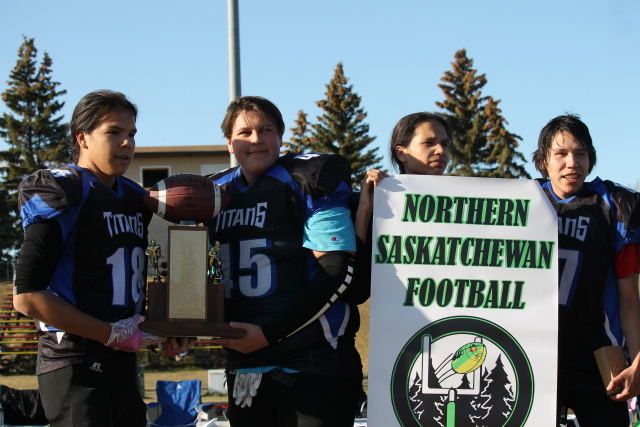 The Creighton Kodiaks, who won the tier one championship, lost to Birch Hills 41-17 in provincial action over the weekend.

Cumberland House also took part in provincial play and lost 69-0 to Hafford. Ahtahkakoop was victorious in the tier two division this year.

Mark Williment is with the league and says creating two tiers this season levelled the playing field.

“Yesterday for example, we had a game between the tier two champion Ahtahkakoop, playing the fourth-place Pinehouse Lakers, in Pinehouse yesterday, and the game ended in an 18-18 tie,” said Williment. “It sure demonstrates how parity has improved the play, the development of players and the enjoyment for the game.”

Williment says the league will now prepare for spring/winter meetings.

“We talk about the things that have gone well, things that need to improve, the format for next year and so on,” said Williment.

For more information on football in northern Saskatchewan, you can check out the league’s website.