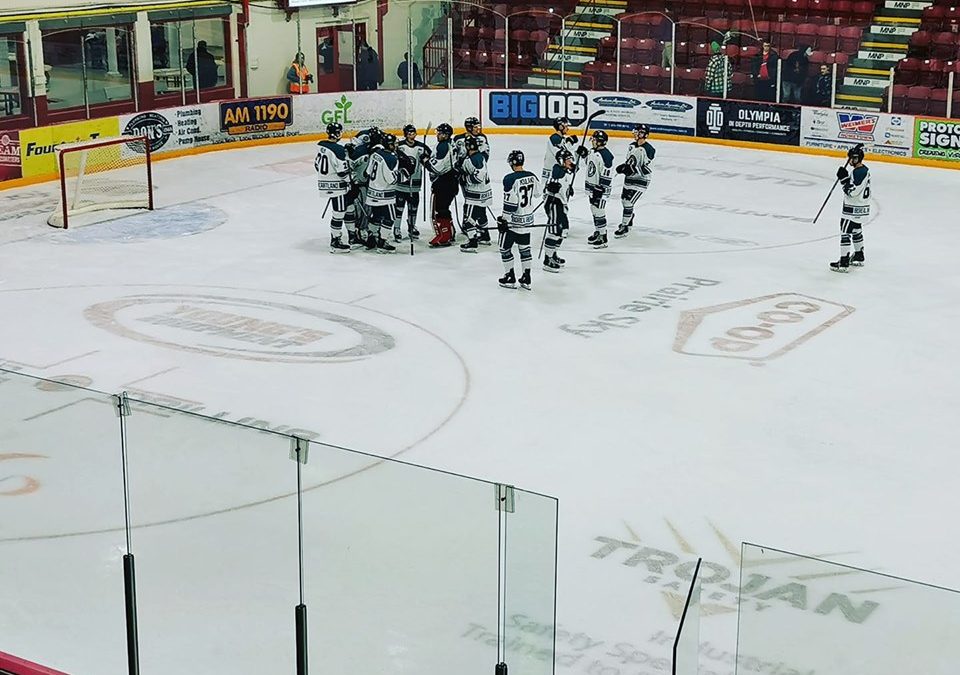 The La Ronge Ice Wolves recorded their third straight win on Wednesday in Weyburn when they roasted the Red Wings 4-0.

Liam McGarva made 29 saves for the victory and picked up his second straight shutout.

“We played really well again tonight, it was just another three-goal lead in the first period and we kept to it,” said McGarva. “We’re blocking a lot of shots, we’re playing really well in the defensive zone and I’m getting a lot of help, so it’s really nice to get the benefit out of this.”

The Ice Wolves opened the scoring nine minutes into the first when Kyle Ford raced into the Weyburn zone and tucked it home for his seventh of the season. La Ronge jumped out to a 2-0 lead 52 seconds later following Boston Maxwell’s first of the campaign. Maxwell was left all alone at the side of the net and he tapped it in the cage. The Ice Wolves took a 3-0 advantage 14:36 into the game after Daylon Mannon rifled home his ninth of the campaign.

Neither team scored in the second, but the Ice Wolves went up 4-0 following a Samon Mouland marker 7:38 into the third on the power play.

“They didn’t really have a whole lot of looks (on the man advantage), they were maybe a little slow moving the puck around,” said Ice Wolves Associate Coach Gaelan Patterson. “We stayed composed and we stayed tight. Our defencemen did a good job boxing out when the pucks came to the net.”

With the win, the Ice Wolves improved to 5-7 on the season, which has them currently sitting in sixth in the overall standings in the SJHL.

The Ice Wolves will go for their fourth straight win on Friday in Estevan when they tangle with the Bruins for the first time this season. You can catch the action on MBC Network Radio with Braden Malsbury. The pre-game show gets underway at 7:15 p.m.

Meantime, the Ice Wolves will conclude their southern road trip on Saturday in Humboldt versus the Broncos.

(PHOTO: The Ice Wolves celebrating their win in Weyburn. Photo by Braden Malsbury.)