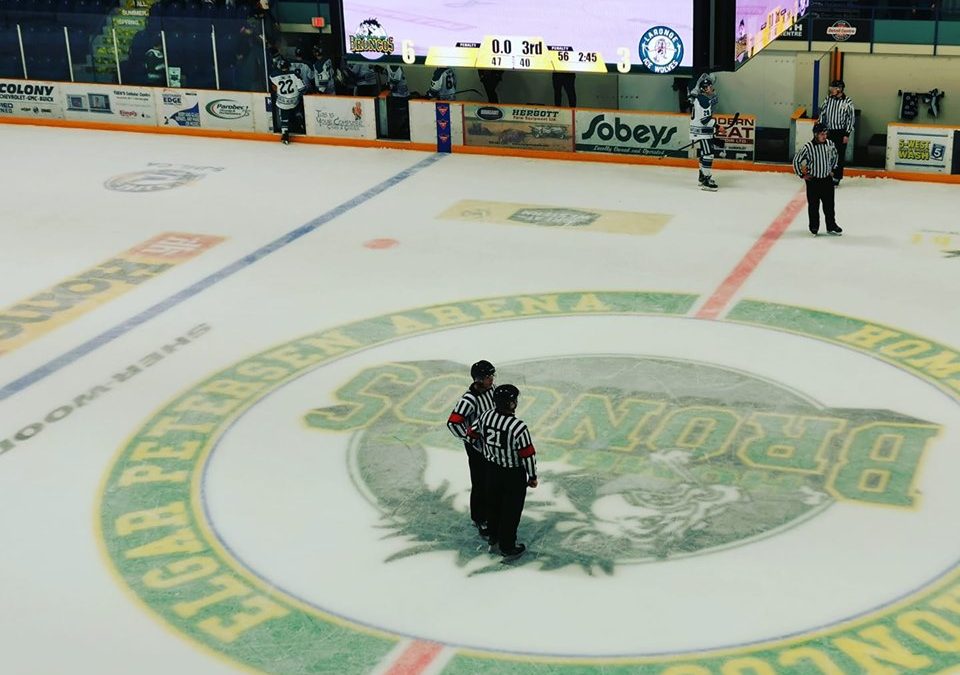 The La Ronge Ice Wolves ended a four-game southern swing with a 6-3 loss in Humboldt on Saturday night.

“I thought we were a little flat, we didn’t really push the pace like we did against Estevan and the other games on this road trip,” said Ice Wolves Associate Coach Gaelan Patterson. “They kind of controlled the game a little bit and they’re a fast team. They have some pretty good defencemen, they had some good goaltending — that was probably the biggest difference.”

Zach Bannister scored once for La Ronge, while Kyle Ford found the back of the cage twice. Daylon Mannon had three assists, which extended his points streak to seven games. Steven Bacovsky got the start in the La Ronge net and made 41 saves in the loss.

With the loss, the Ice Wolves slipped to 6-8 on the season, which currently has them sitting in seventh in the overall standings. The setback in Humboldt ended La Ronge’s four-game winning streak, but they went 3-1 on the trip down south and picked up six out of a possible eight points.

“We needed to do that (get three wins) and we did it,” said Ice Wolves Associate Coach Gaelan Patterson. “Now, we are in a good spot and now we just got to go game-by-game, and keep climbing the ladder.”

The Ice Wolves are back in action on Wednesday at home when they host the Battlefords North Stars for the third time this season. Wednesday’s game gets underway at 7:30 p.m. from the Mel Hegland Uniplex.

Following Wednesday’s tilt, the Ice Wolves head to Yorkton on Friday for a date with the Terriers. You can catch the action from Yorkton live on MBC Network Radio with Braden Malsbury. The pre-game show gets underway at 7:30 p.m.

(PHOTO: The Ice Wolves made their first trip to Humboldt Saturday. Photo by Braden Malsbury.)