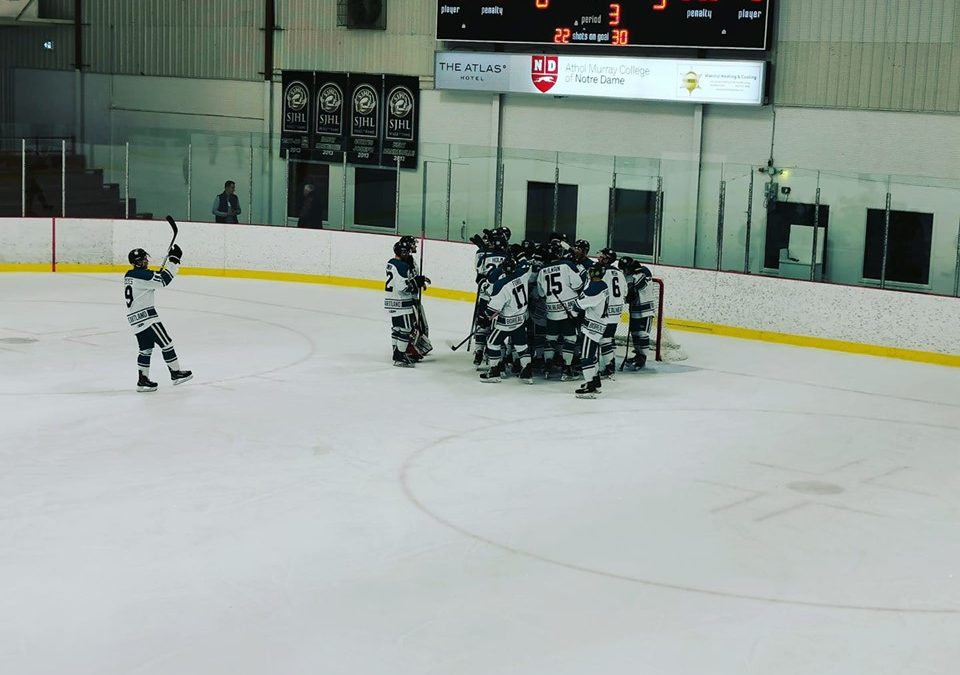 The La Ronge Ice Wolves started a four-game southern swing with a 5-0 victory on Tuesday in Wilcox versus the Notre Dame Hounds.

“We were pretty good, I think we got away with a few there right off the start that went in and they really didn’t have any life after that,” said Ice Wolves Associate Coach Gaelan Patterson. “Our defence played pretty well, kept them to the outside, stayed composed and took away the net front when it was there.”

The Ice Wolves opened the scoring 55 seconds into the game when Samson Mouland found Zach Bannister who ripped home his fourth of the season. La Ronge took a 2-0 lead 5:00 into the first following Grady Birk’s first as an Ice Wolf. The Ice Wolves took a 3-0 advantage on the power play 7:24 into the stanza when Daylon Mannon fed Kyle Ford, who notched his sixth of the season at the side of the net.

La Ronge took a 4-0 lead 13:28 into the second when Daylon Mannon tapped home his seventh of the season into a yawning cage. Mannon would add another in the third, as he ended the evening with three points. Mannon now has 18 points in 11 games this season.

Liam McGarva made 22 saves for his first shutout in the SJHL.

“He (McGarva) was really good, I think he’s the star of the game for sure, even though he wasn’t necessarily tested,” said Ice Wolves Associate Coach Gaelan Patterson. “He’s been good for us since he got here and we’re looking forward to be leaning on him.”

With the win, the Ice Wolves improved to 4-7 on the season, which has them in eighth in the overall standings. La Ronge will search for its third straight win on Wednesday in Weyburn when they meet the Red Wings for the first time this season.

You can catch Wednesday’s tilt in Weyburn with Braden Malsbury. The pre-game show gets underway at 7:15 p.m.

The Ice Wolves are in Estevan Friday, before concluding the road trip on Saturday in Humboldt when they face the Broncos.