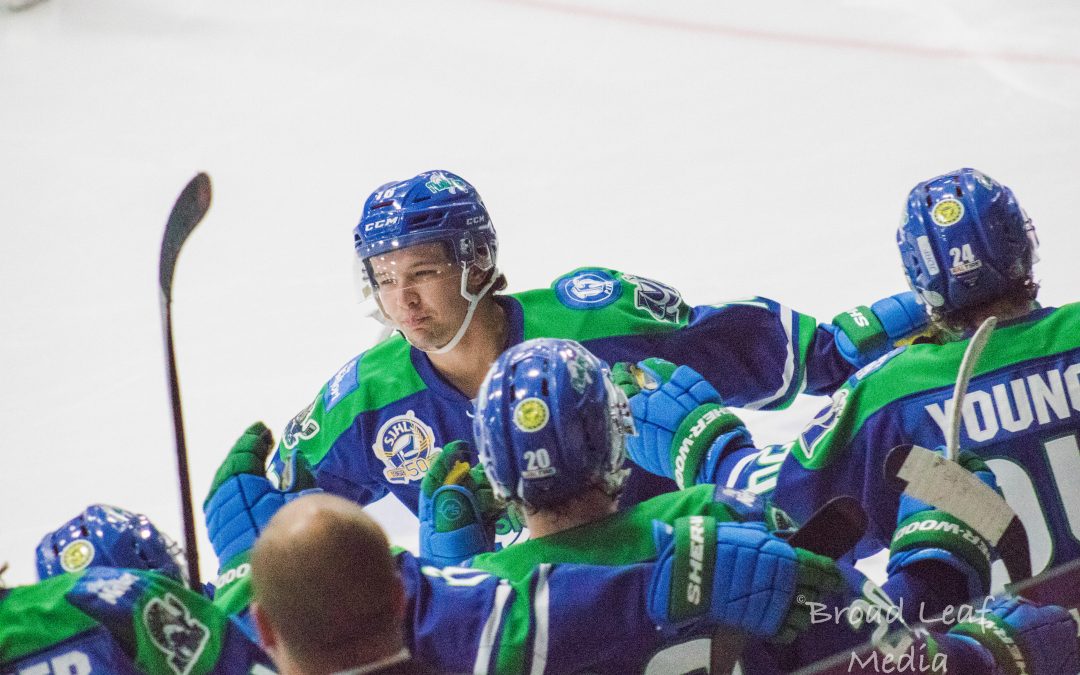 The La Ronge Ice Wolves have acquired 20-year-old forward Kyle Schneider from the Melfort Mustangs in exchange for a player development fee.

Schneider is from Prince Albert, SK and appeared in two games this season with Melfort. In 27 games last season with the Mustangs, he tallied eight points and 153 penalty minutes.

“I think I can bring a little bit of leadership (to the team),” said Schneider. “I pride myself on hard work, so hopefully I can rub that off on some of the guys.”

Schneider spent the 2017-18 season in the MJHL with the Selkirk Steelers and had five points in 21 games. He also added 69 penalty minutes.

Schneider was once property of the La Ronge Ice Wolves. He played in three games for La Ronge during the 2016-17 campaign as an affiliated player.

“I think he’s going to bring a big presence to the locker room, but also carry that over to the ice as well,” said Ice Wolves Head Coach and GM Kevin Kaminski.

The Ice Wolves have also added 19-year-old forward Grady Birk to their roster. Birk is from California and spent last season in the VIJHL with the Victoria Cougars. He had 12 points in 40 games with Victoria last season. Birk made his La Ronge debut on Tuesday versus Melfort and had one assist.

Meantime, the Ice Wolves are back in action on Tuesday in Wilcox when they meet the Notre Dame Hounds for the first time this season. You can catch the action live on MBC Network Radio with Braden Malsbury.

Tuesday’s game in Wilcox is the first stop on a four-game southern swing for La Ronge, which concludes next Saturday in Humboldt.