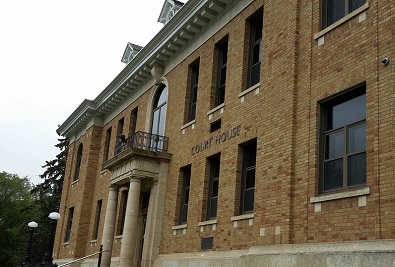 Is former Fond du Lac Denesuline First Nation Chief Napoleon Mercredi simply someone who wanted to benefit his community and went about it in ways that, although in hindsight were ill-advised, were the best ones he knew how?

Or did he calculatedly and completely abuse the position of his office to the benefit of only himself, friends and family?

These are the questions a Prince Albert judge must weigh over the course of the next month.

Mercredi is on trial for fraud over $5,000 and breach of trust.

More specifically, he is accused of misappropriating more than $775,000 in band funds during his time as Fond du Lac chief from 2009 to 2011.

During final arguments at Prince Albert Court of Queen’s Bench on Thursday, defence lawyer Garth Bendig reiterated a number of times that Mercredi was only trying to serve his community to the best of his ability.

For the former Fond du Lac chief, this meant spending most of the year outside the community spending thousands of dollars on travel to pursue economic development projects and giving cash directly to band members most in need.

Bendig noted almost all of the money Mercredi spent was in the form of fiscal transfers from the Prince Albert Grand Council and no requests by him were ever refused by the tribal council.

He said overseeing the Fond du Lac First Nation, which has large employment and cost of living challenges and is one the most remote communities in Saskatchewan, is “a big job to step into.”

To do so on a budget of just a little over $10 million only increased Mercredi’s challenges, Bendig said.

“Napoleon Mercredi is honest to a fault. He hasn’t tried to hide anything. It would have been a lot easier for him to have received the funds through someone else if he was trying to deceive anyone but he applied for them directly himself.”

As he has done throughout the trial, Crown prosecutor Darren Howarth characterized the former chief as someone who purposely manipulated the position of his office, over and over again, to benefit himself, friends and family.

Howarth admitted much of the evidence against Mercredi is circumstantial but said taken as a whole it clearly shows, beyond a reasonable doubt, he intentionally defrauded the Fond du Lac First Nation of hundreds of thousands of dollars and was in breach of his fiduciary duty to the high office he was elected to.

Referring to the 18 main points he used in his argument and mathematical probability of guilt, the Crown prosecutor asked, “What are the odds of flipping 18 heads in a row in a coin toss?”

Justice Gary Meschishnick will render his decision in the case on Dec. 6.