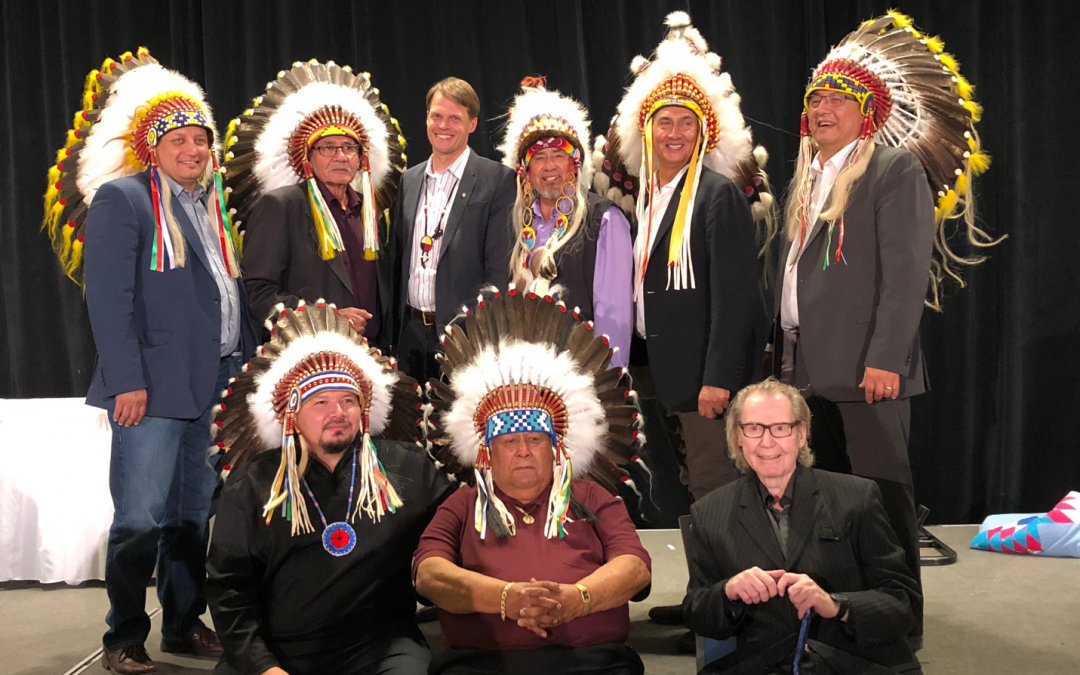 The Muskeg Lake Cree Nation is mourning the death of Honourary Chief Bill McKnight. He died at the age of 79 on Friday.

“He would come to our Nation and enjoy a hot cup of tea and a visit with our people. He took the time to understand our history and our hopes for the future. His work on TLE helped us build a stronger foundation for the future. We are grateful for his work and will always remember his contributions.”

McKnight is credited for helping create the Treaty Land Entitlement framework agreement in 1992. This enabled the Muskeg Lake Cree Nation the ability to purchase land in Saskatoon to create an urban reserve.

“Mr. McKnight lived with the spirit of reconciliation long before the rest of Canada was ready to do so,” former Chief Harry Lafond said. “He came to our Nation and spent time with our people. He knew that our nations would travel farther working together. He was a leader, listener and teacher – like a good chief should be.”

McKnight continued to serve in the public being appointed as the third Treaty Commissioner in the province from 2007 to 2012.

“Bill McKnight understood the importance of land and the role of economic independence in Reconciliation. His work on the Treaty Land Entitlement Framework allowed for more economic opportunities for First Nations,” explained Mary Culbertson, Treaty Commissioner of Saskatchewan. “He worked to further the understanding that we are all Treaty people, and that economic partnerships and livelihood benefit us all. He will be missed.”