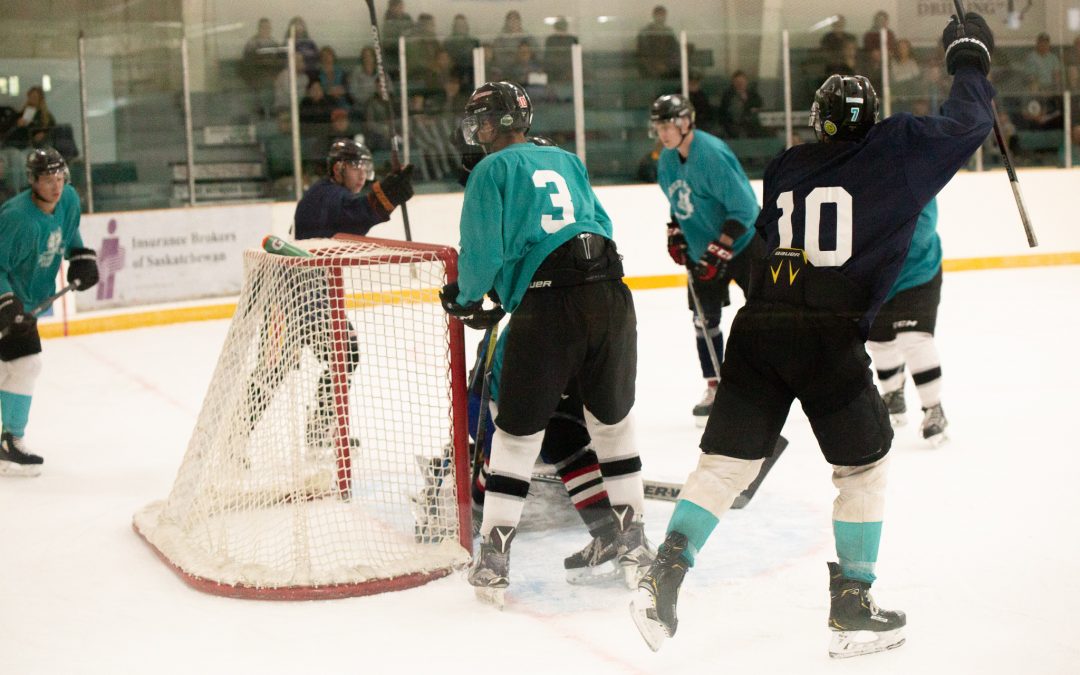 The La Ronge Ice Wolves closed out their training camp on Sunday afternoon with the annual intrasquad game.

“I think everything went very, very well,” said Ice Wolves Head Coach and GM Kevin Kaminski. “We have a lot of tough decisions to make and that’s a good thing. These kids have come in here and competed. Some are going to earn jobs and some are going to lose jobs, but that’s what we want, we want to have that competitive atmosphere.”

Kaminski also said they will carry about 32 players on their pre-season roster. The pre-season for the Ice Wolves starts Sept. 5 in Saskatoon versus the Kindersley Klippers.

The Ice Wolves open the campaign for real Sept. 13 in Flin Flon versus the Bombers at the Whitney Forum.