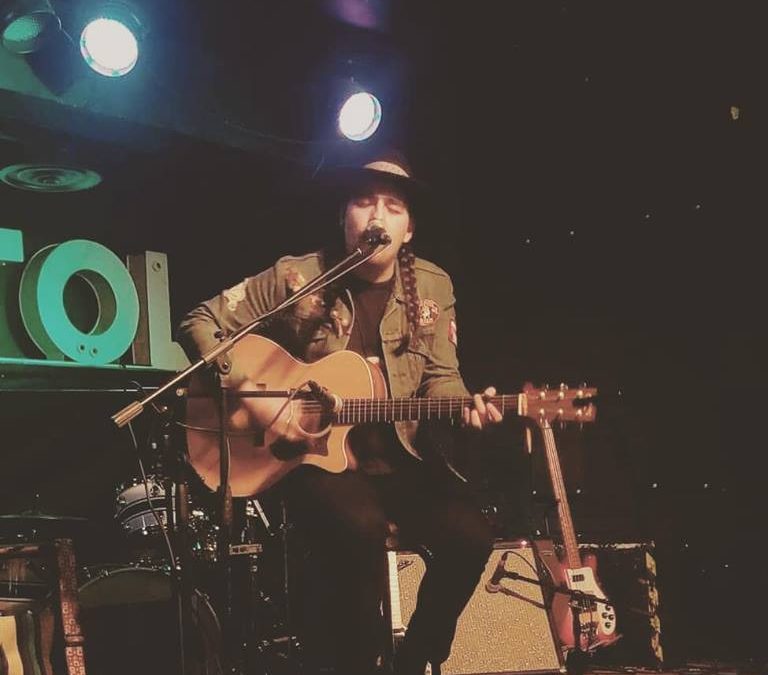 A Saskatchewan-based musician has reached number one on the national Indigenous Music Countdown.

The North Sound’s Forrest Eaglespeaker climbed to the top spot this week with his song called “Between the Ditches”.

“I was really excited when I found out,” Eaglespeaker said. “I was kind of in a moment of disbelief at first. It’s a song that I put out last year. I like to think that it’s honest. It’s pushing boundaries because it’s an undefinable sound.”

Eaglespeaker is Blackfoot Cree and is currently living in Saskatoon.

He performed at the Regina Folk Festival for the first time this past summer.

The North Sound is set to release a new single called “Shed A Little Light” on Oct. 8.

Saskatchewan singer-songwriters Shannon Rae and Mitch Daigneault are also sitting at number two and three on the Indigenous Music Countdown.

“I’m really glad that Saskatchewan is making some noise on the charts,” Eaglespeaker added. “It’s great. You always want to lift artists around you up. It’s important to support other artists. It doesn’t need to be a competition. I’m excited for them and happy for them. I think Saskatchewan artists are doing really well and there’s a pretty big resurgence of Indigenous music right now.”

The Indigenous Music Countdown can be heard every weekend on MBC Radio.