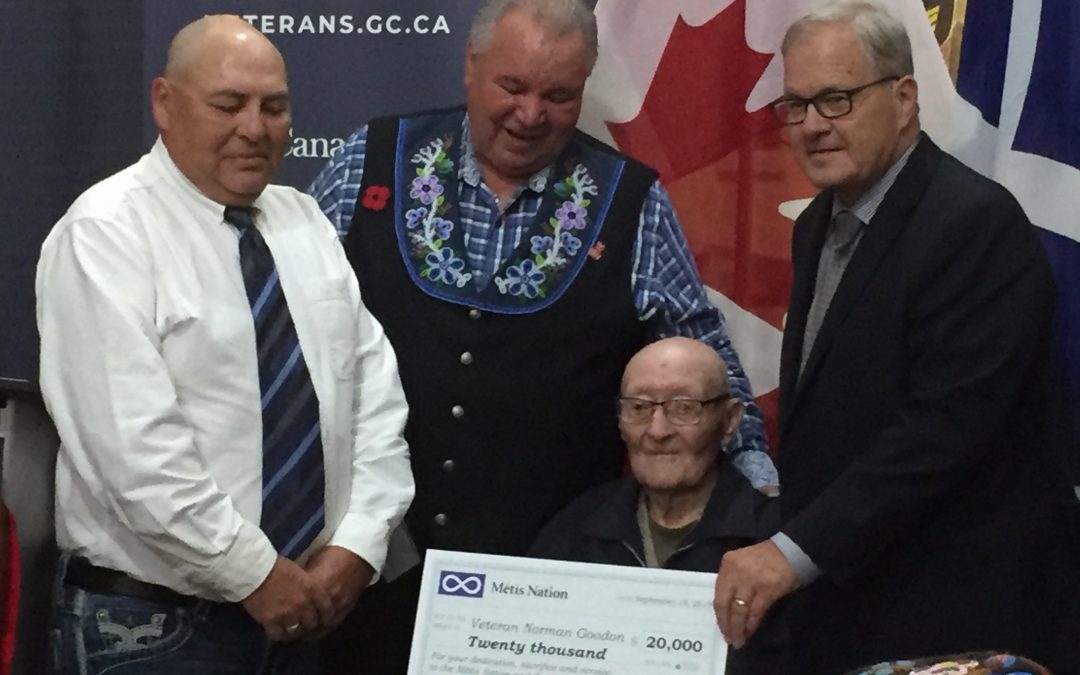 The federal government has formally apologized to Métis World War 2 veterans for their treatment pre-and-post war.

“We apologize that the benefits offered to the veterans after the war were not designed to meet the needs of the Métis veterans,” Veterans Affairs Minister Lawrence MacAulay said during a ceremony in Regina Tuesday.

MacAuley said that Métis veterans were not given opportunities to access education and training.

These veterans were not offered the same opportunities for re-establishment and often faced prejudice, poverty and lacked work and vocational skills.

“We regret that our country has taken three-quarters of a century to address the concerns of Métis veterans, who joined Canada’s call-to-arms during the Second World War,” MacAuley said.

Very few World War 2 veterans are still alive. The Métis Nation is searching for these people to officially recognize their contributions.

93-year-old veteran Norman Goodon was present for the apology. He received $20,000 for his contributions.

His son John says his father his happy the government has recognized Norman’s involvement. Norman says he plans on using part of the cheque to purchase a motorized scooter.

(PHOTO: WWII Metis veteran Norman Goodon honoured for his contributions to the war. By Dan Jones)