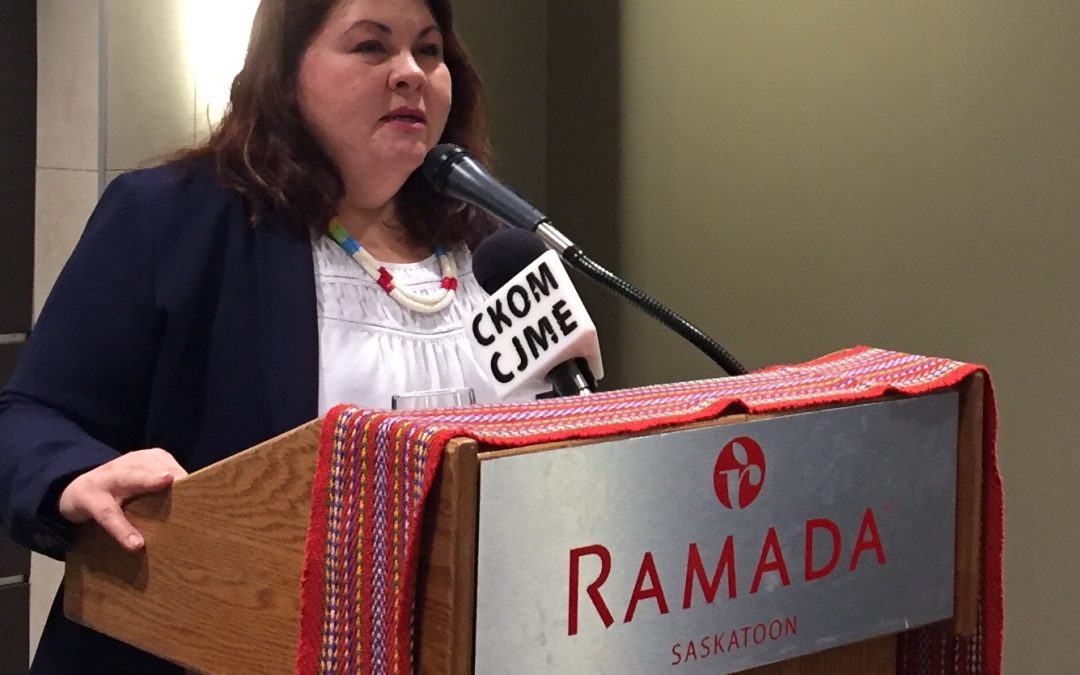 Saskatchewan’s Office of the Treaty Commissioner officially launched its vision for truth and reconciliation through treaty implementation Thursday in Saskatoon.

The vision is based on the four building blocks of learning about history, building relationships, having vibrant cultures and building systems that work for everyone.

Rhett Sangster is the director of reconciliation and community partnerships with the Office of the Treaty Commissioner.

Sangster said there are now working groups in 10 communities across the province providing on the ground information about the Truth and Reconciliation Commission’s calls to action and the treaties.

“Again, just try to bring together leaders – First Nations, Métis, non-Indigenous – sort of the community leaders who are doing stuff, bring them together, try to build some trust and relationships, some education, and our theory is good people will make good things happen,” he said.

Bula Ghosh is with the Swift Current truth and reconciliation committee.

Ghosh said her group has focused on building more awareness amongst youth on the long term negative effects of the residential school system on Indigenous people.

“We thought the students would be a good audience to have because they’re our future,” she said. “So if we can tell them about the history, maybe they will be able to take it and move on in their lives and create opportunities were they can create better lives for themselves and others.”

Charmaine Larocque is part of Prairie Rivers Reconciliation which includes Warman, Martensville, Osler and the One Arrow First Nation.

Larocque said there is still much work to do but the group feels it is making progress.

“Our reconciliation group is a rural area which people would sometimes say are harder to infiltrate and start reconciliation in those conversations,” she said. “So, yeah, definitely we are moving forward and we are making a difference.”

Working groups are also up and running in Saskatoon, Regina, Prince Albert, Nipawin, Lloydminster, Yellow Quill/Kelvington, the Battlefords and Yorkton.

The Office of the Treaty Commissioner began working on its vision for reconciliation in 2014.

(PHOTO: Saskatchewan Treaty Commissioner Mary Culbertson speaks at the launch of the Saskatchewan Vision for Truth and Reconciliation through Treaty Implementation. Photo by Fraser Needham.)