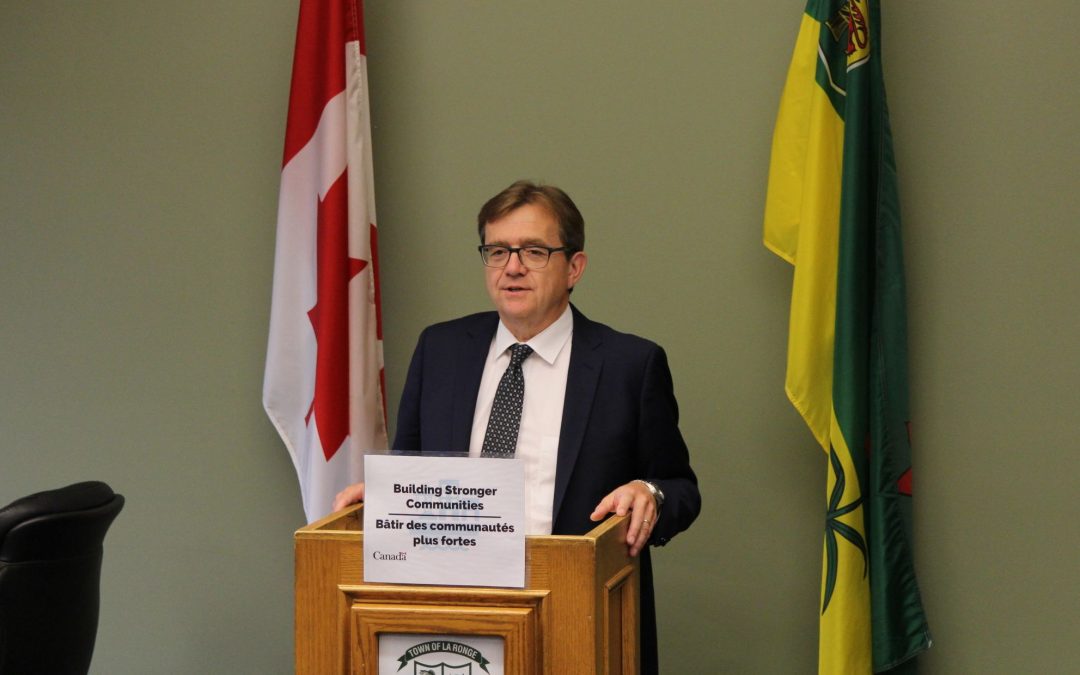 The federal and provincial governments are investing a total of $34 million in the upgrades with municipalities responsible for the remaining portion.

Originally from Saskatchewan, Wilkinson said he is no stranger to some of the water quality issues northern communities face.

“I used to live in Missinipe in the summers and for a long period of time we weren’t treating the water,” he said. “Everything was septic and I think there were a lot of folks who had some concerns about that. Of course, septic systems break down and you end up with some discharges that are not great for the environment. And the investment that was made probably 10 to 15 years ago in building a facility in Missinipe was a really important step from an environmental perspective.”

Goudy said the investment is in response to communities that have let the province know they need water infrastructure improvements.

“One thing that I should mention is that the projects we’ve undertaken were put forward by the RMs and the towns,” he said. “So, the communities and the RMs are the ones that put forward their greatest needs and we’re responding to the requests of the local areas. So, it’s not something that’s imposed from top down, it’s something coming from the communities themselves.”

The Highway 55 Waste Management Corporation and infrastructure improvements in 10 communities in other parts of the province are also covered by the investment.

With files by David Smith.