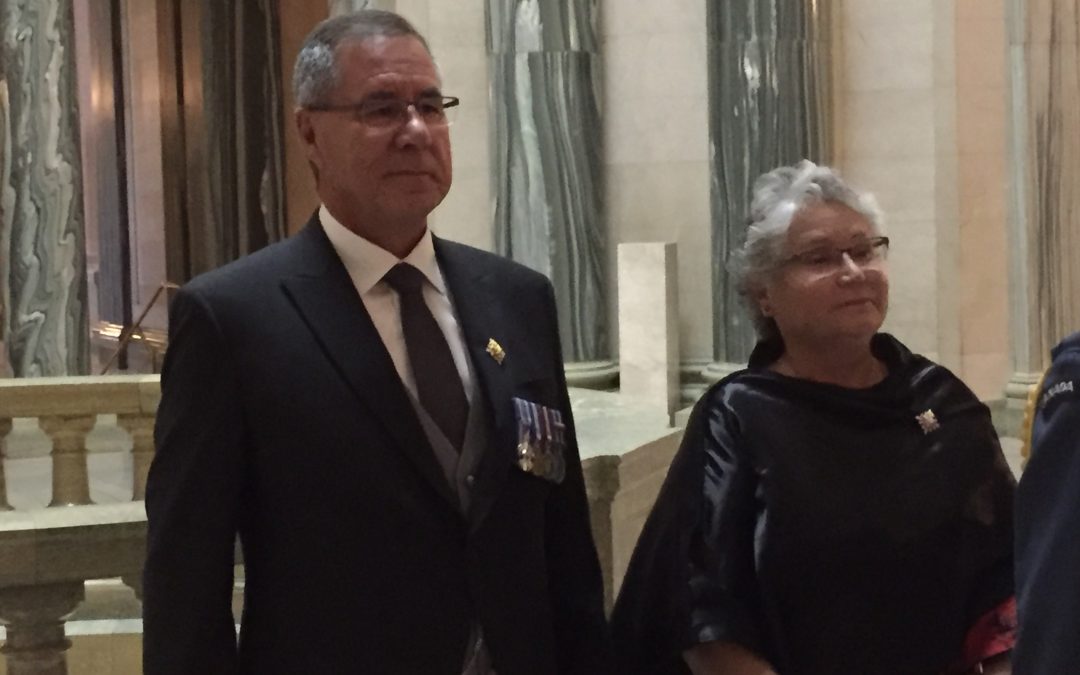 Russ Mirasty has been installed as the 23rd Lieutenant Governor in Saskatchewan and the first Indigenous person to hold the post.

He was appointed and sworn into the position in July following the death of Thomas Molloy.

During the installation ceremony Thursday at the Legislature, Mirasty said he will focus his tenure on youth education, mental health and reconciliation.

“Physical health and mental health seems to come up time and time again. Children, young people constantly have to deal with personal challenges and mental health challenges. It really blocks their way of being successful in school to achieve the goals they have set for themselves,” Mirasty said. “It’s about reconciling, it’s about coming together, and it’s about restoring relationships. That’s the only way we will progress as a province and as a country.”

Mirasty’s role as the Queen’s representative to the province is largely ceremonial. He will be called upon to sign legislation into law, read the Speech from the Throne and ensure government continuity.

He is a fluent Cree speaker and member of the Lac La Ronge Indian Band.

Premier Scott Moe said the province was fortunate enough to have such an accomplished person like Mirasty as the Lieutenant Governor.