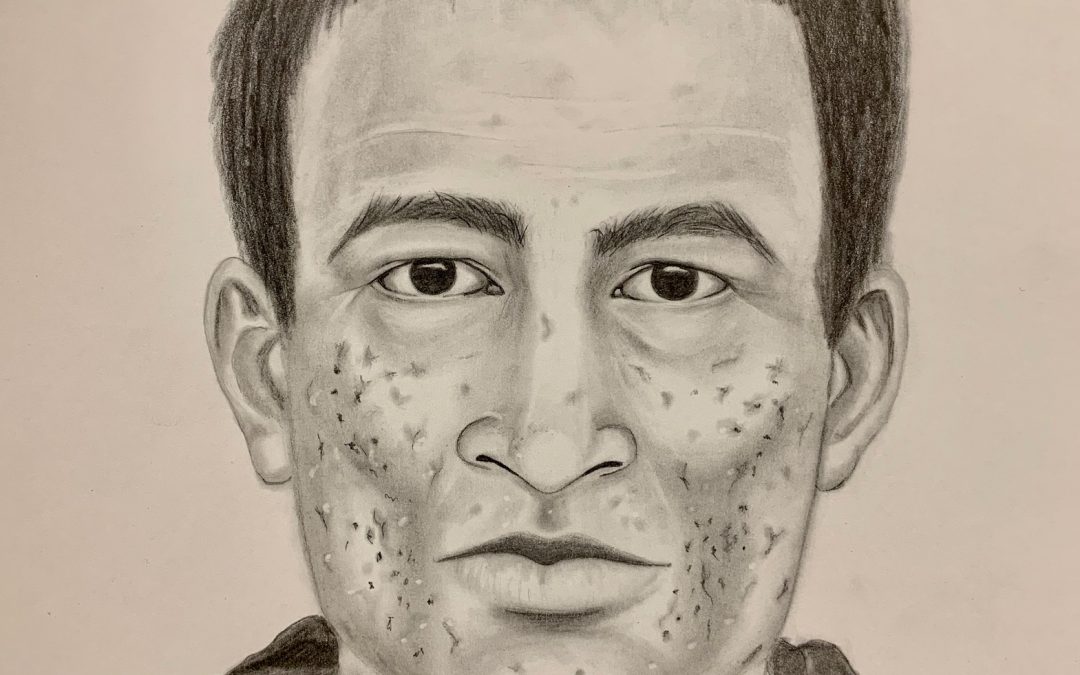 La Ronge RCMP have released a sketch of an unknown man, suspected in a sexual assault in June.

Police say on the evening of June 20, a woman alleges she was physically and sexually assaulted on a walking trail in the Bell’s Point neighbourhood.

The woman was taken to hospital for treatment of non-life threatening injuries.

He was last seen wearing a faded black ACDC t-shirt with a white ACDC logo, jeans, a baseball cap and steel-toe boots.

Anyone with information is asked to call police or Crime Stoppers.