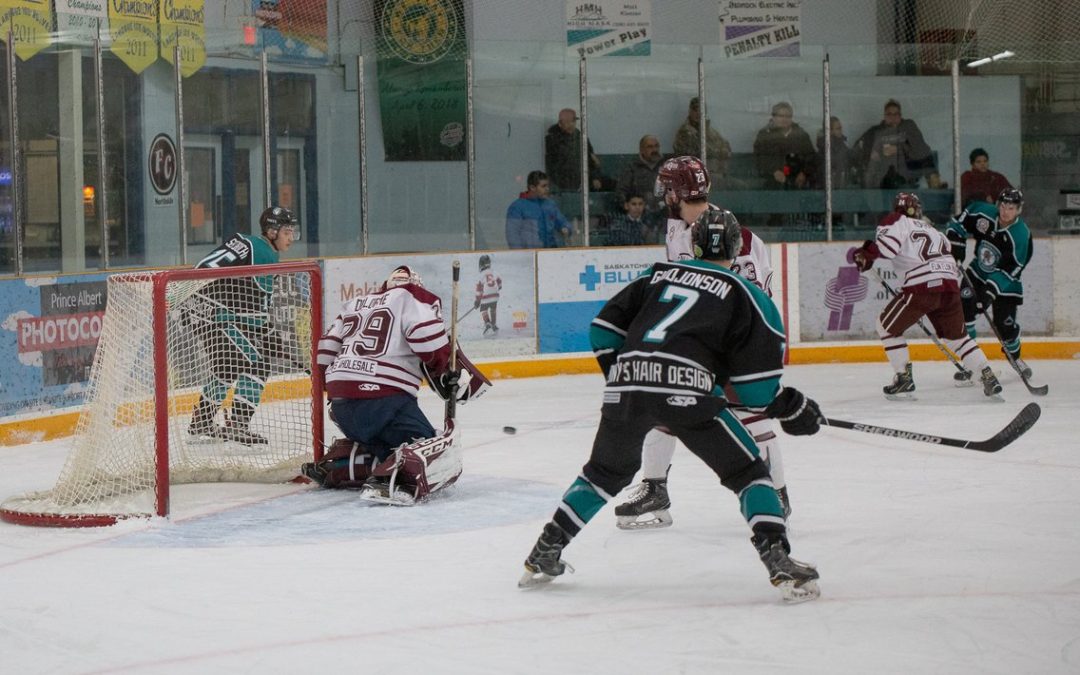 Another season of SJHL hockey begins this Friday night.

The La Ronge Ice Wolves will be in Flin Flon starting a home-and-home series with the Bombers at the Whitney Forum.

Ice Wolves Head Coach and GM Kevin “Killer” Kaminski is heading into his first season behind the bench in the SJHL. He says he wants his team to be a hard-working group.

“I think the style we want here is a relentless work ethic, smart energy, hard-hitting, play within the systems and be successful, and win a lot of games if you get everyone on the same page,” said Kaminski.

“We want to have a good brand of hockey here. I think I know what the people in La Ronge like and it’s a small building. That’s what we are trying to build here that you are going to come in here and we are going to get on the forecheck — and we’re going to try and create some turnovers by getting on the defencemen, finishing every check we can and we gotta capitalize on our chances.”

The Ice Wolves posted a 2-1 record during the pre-season. They scored victories over the Kindersley Klippers and the Nipawin Hawks.

Meantime, Kaminski says they will have to focus on themselves Friday when the season gets underway.

“Start of the season, you don’t know who you are going against. Sounds like we are going against a Quebec Major Junior Hockey League team, so it ain’t going to be no easy task, that’s for sure,” said Kaminski.

“We just got to worry about ourselves, worry about how we are going to play with the systems and the ultimate work ethic — and all that kind of stuff, just play our game. If we need to adjust to what they are doing, we will adjust in-game situations. We gotta go in there, we got to be road warriors, go have some fun and try and steal two points Friday night.”

Friday’s battle from Flin Flon gets underway at 6:30 p.m. Saskatchewan time. You can catch the action on MBC Network Radio with Braden Malsbury, the pre-game show kicks off at 6:15 p.m.

On Saturday, the Ice Wolves will host the Bombers in their home opener at the Mel Hegland Uniplex. The puck will drop at 7:30 p.m.

Prior to the game Saturday in La Ronge, fans can enjoy a tailgate party, which begins at 5:30 p.m. in the parking lot of the Mel.