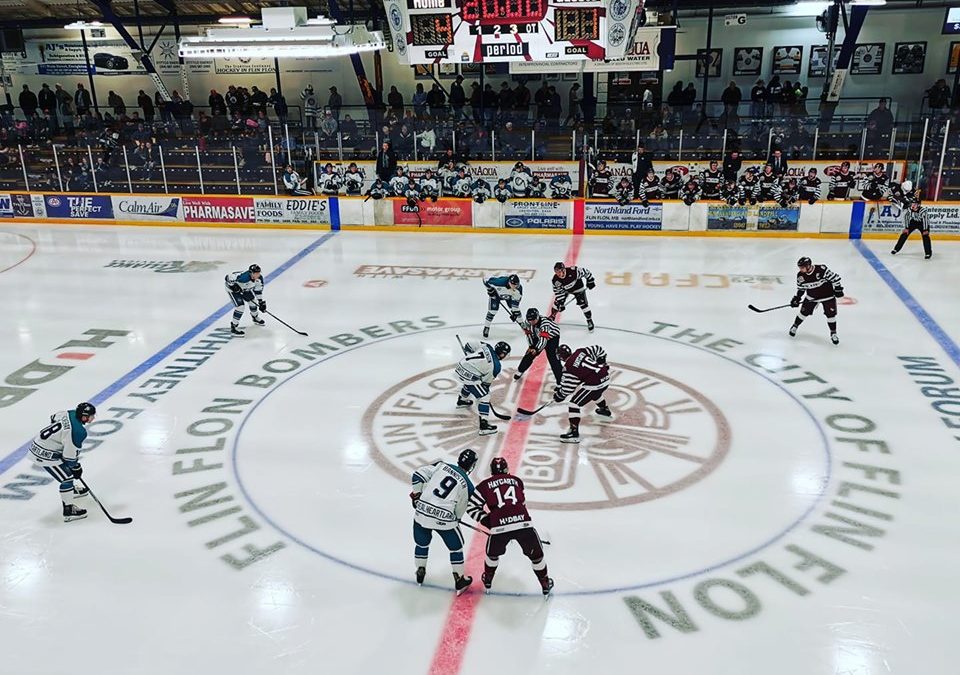 The La Ronge Ice Wolves started the season with a 5-2 loss in Flin Flon on Friday night versus the Bombers.

“I think there was a few things that were going on that determined that outcome,” said Ice Wolves Associate Coach Gaelan Patterson. “Obviously, we just weren’t really ready, it seemed like. Just timid, I don’t know if it’s hesitation because it’s the first game for some of these guys in the league or whatever.”

Penalties proved to be costly for La Ronge, as the Bombers tallied three goals on the power play on five opportunities. Flin Flon opened the scoring 2:01 into the first when Donavan Houle beat Ryan Baker on a goal that Baker appeared to get a piece of. The Bombers scored a 2-0 lead 18:59 into the game when Tristan Lemyre finished off a pretty passing play.

Houle added two more in the middle stanza, as the Bombers built up a 4-0 lead with just under four minutes remaining in the period. The Ice Wolves showed some life 17:55 into the second when Kyle Ford ripped the puck past Jacob Delorme in the left circle, which made it a 4-1 contest.

Donavan Houle added his fourth of the night 1:26 into the third on the power play, which propelled Flin Flon to a 5-1 lead. The Ice Wolves closed out the scoring 10:40 into the third when Aidan Morrison sent an offering on net from the point that snuck past Delorme. Max Kleiner got credit for the goal, which appeared to sail through a lot of traffic before finding the back of the cage.

The Ice Wolves will be looking to rebound on Saturday at home when they host the Bombers in the conclusion of the home-and-home series. Associate Coach Gaelan Patterson said the message heading into Saturday’s game is simple.

“Just regroup,” said Patterson. “Obviously, use that as fuel for tomorrow. They come into our barn now, so it’s our turn to respond.”

Saturday’s contest is slated to start at 7:30 p.m. from the Mel Hegland Uniplex. Before the game, fans are invited to take part in a tailgate party, which begins at 5:30 p.m.

Following this weekend’s action, the Ice Wolves will prepare to take on the Melfort Mustangs on Tuesday at home.

(PHOTO: The Ice Wolves met the Bombers for the first time this season Friday in Flin Flon. Photo by Braden Malsbury.)