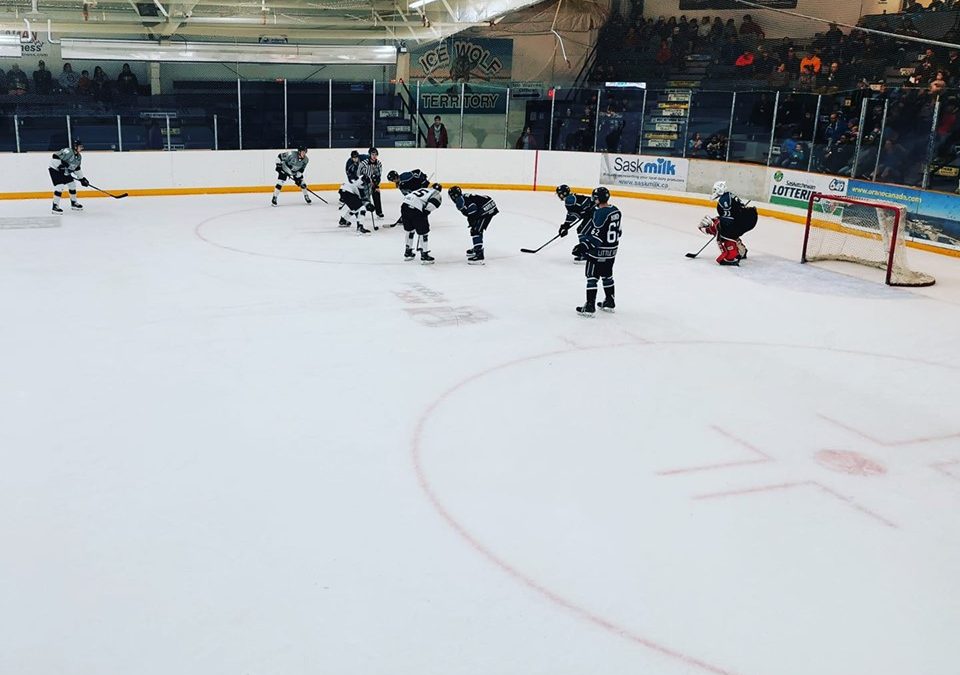 The La Ronge Ice Wolves suffered their second straight setback when they came up short 4-3 on Saturday at home to the Battlefords North Stars.

“I’m absolutely so proud of these guys, the way they played, battled through a lot of adversity through some bad bounces,” said Ice Wolves Head Coach and GM Kevin Kaminski. “It just shows the good character that we have in this locker room right now.”

The North Stars opened the scoring 14:55 into the first period on the power play when Elijah Loon- Stewardson drove to the net and beat Steven Bacovsky on the ice for his first of the season.

The North Stars took a 2-0 lead 1:14 into the second when Quintin Loon-Stewardson tallied his eighth of the season at the side of the net. The Ice Wolves cut the lead to one 8:20 into the frame when Daylon Mannon beat Adam Dmyterko upstairs on a partial breakaway for his fifth of the season. Mannon tied the game at two 11:07 into the stanza on a nifty shorthanded opportunity.

“We played a full 60, we didn’t stop, we were down two goals,” said Mannon. “We didn’t quit, we played to the buzzer and that’s all you can ask for really.”

Dylan Esau and Rylan Nivon would both tally before the second was over, as the North Stars built up a 4-2 lead heading into the third.

La Ronge’s Zach Bannister notched his second of campaign 2:38 into the third, but that is as close as the Ice Wolves would get, as the North Stars swept the weekend series.

With the loss, the Ice Wolves slipped to 2-7 on the season. They will be looking to rebound on Tuesday at home when the Melfort Mustangs come to the Mel Hegland Uniplex for a 7:30 p.m. puck drop.

Following Tuesday’s action, the Ice Wolves will not play until Oct. 8 in Wilcox against the Notre Dame Hounds, as they start a four-game southern swing.