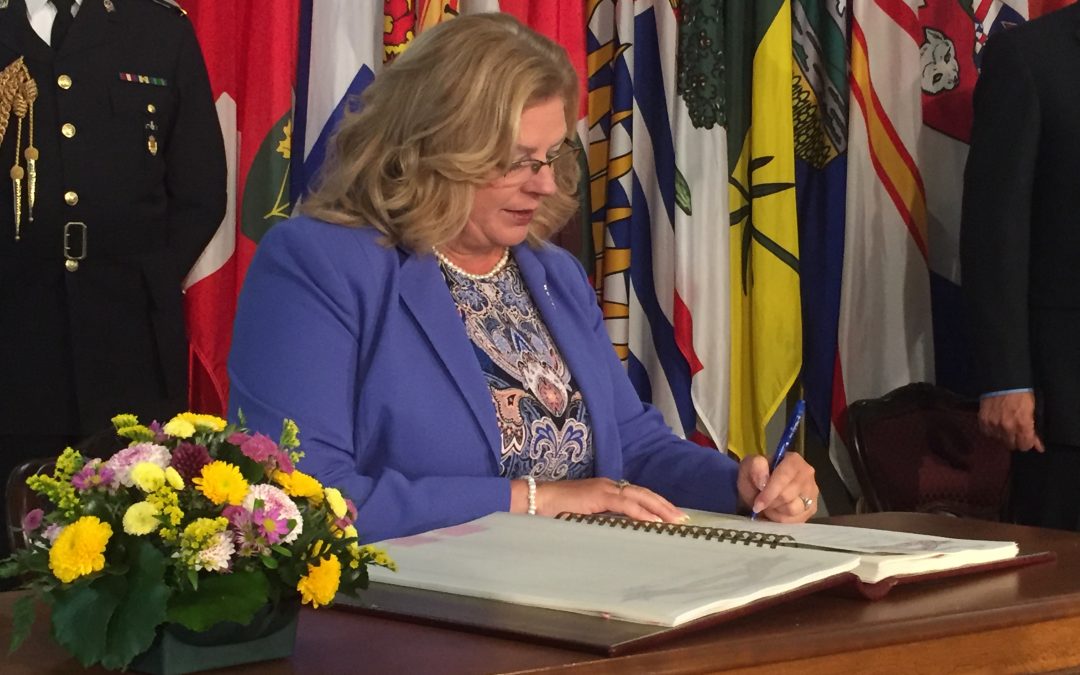 Some small changes have been made to Premier Scott Moe’s Cabinet.

This morning he shuffled responsibilities of three Ministers, while affecting several others.

Former Highways and Infrastructure Minister Lori Carr is the new Minister of Government Relations and Minister Responsible for First Nations, Métis and Northern Affairs, taking over from Warren Kaeding.

Carr also is in charge of the Provincial Capital Commission.

Kaeding is assigned a new position to oversee seniors.

Ottenbreit becomes Minister of Highways and Infrastructure, and Minister Responsible for the Water Security Agency.

“I am confident that Ministers Carr, Ottenbreit, and Kaeding will bring strong leadership to their new responsibilities as our government serves the people of our province and works to strengthen Saskatchewan,” said Premier Scott Moe.

Moe said this will be the final Cabinet  shuffle before the 2020 fall election.

(PHOTO: Lori Carr sworn in as Min. of Government Relations, and Min. Responsible for First Nations, Métis and the Provincial Capital Commission. By Dan Jones.)