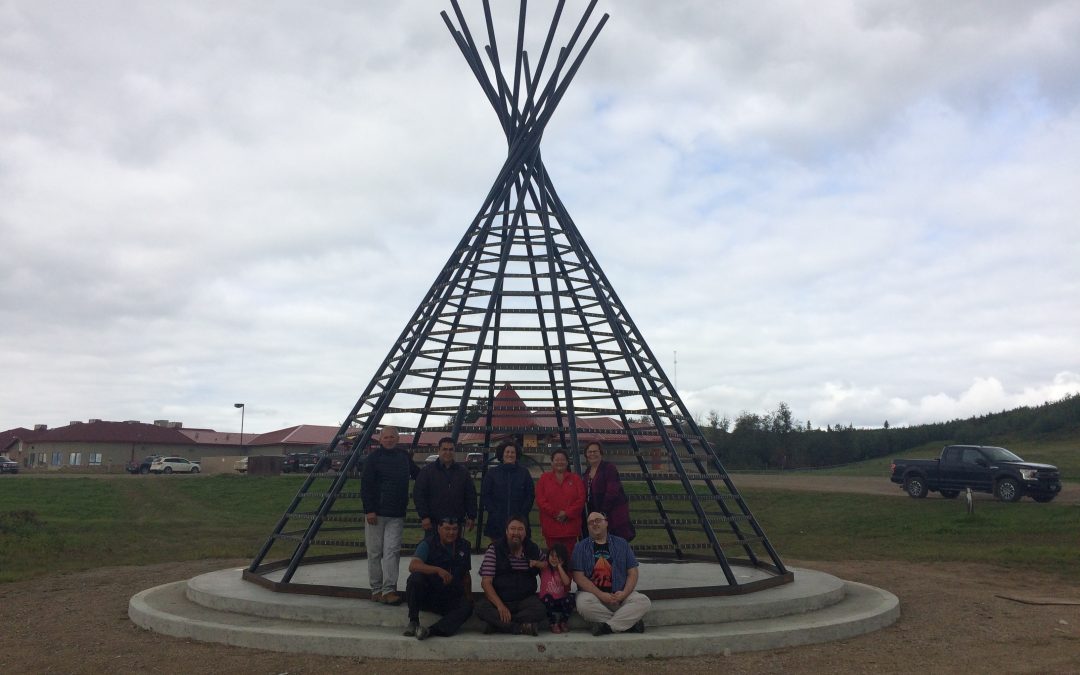 A massive 31.5 foot permanent structure of a teepee will be unveiled at the intersection of what is known as Four Directions on the Onion Lake Cree Nation Tuesday.

A group of citizens started this project two and half years ago as a way of addressing parental engagement in schools and to bring the community together.

Team member Laili Yazdani said as the project was taking shape, people started to notice that the teepee resembled more of a wind chime as steel bars were being wrapped around to act as a teepee covering.

From there 2700 quick-link chains were attached to allow families to donate tablespoons with virtues engraved on them.

“Each spoon will have the family name engraved on the handle of the spoon. And then within the spoon there will be a community virtue that they honour and that they’d commit to practicing in their homes,” said Yazdani.

Approximately 100 families have donated spoons to the project.

“Hopefully it will be chiming and reminding us of the sound of community integration, community identity and belonging,” explained Yazdani.

The concept of the project came from watching a British television show called “Escape to the Country,” where the British Ironworks Centre commissioned a similar project for a preschool.

The first tablespoons will be hung during the ceremony Tuesday.

Yazdani said this is phase one of three. She explained that phase two, hopefully next year will see participating families hang a wooden sign out front of their homes to identify the virtues they are pledging. Phase three would be a community park and outdoor museum.