Sask. has a new Lieutenant Governor 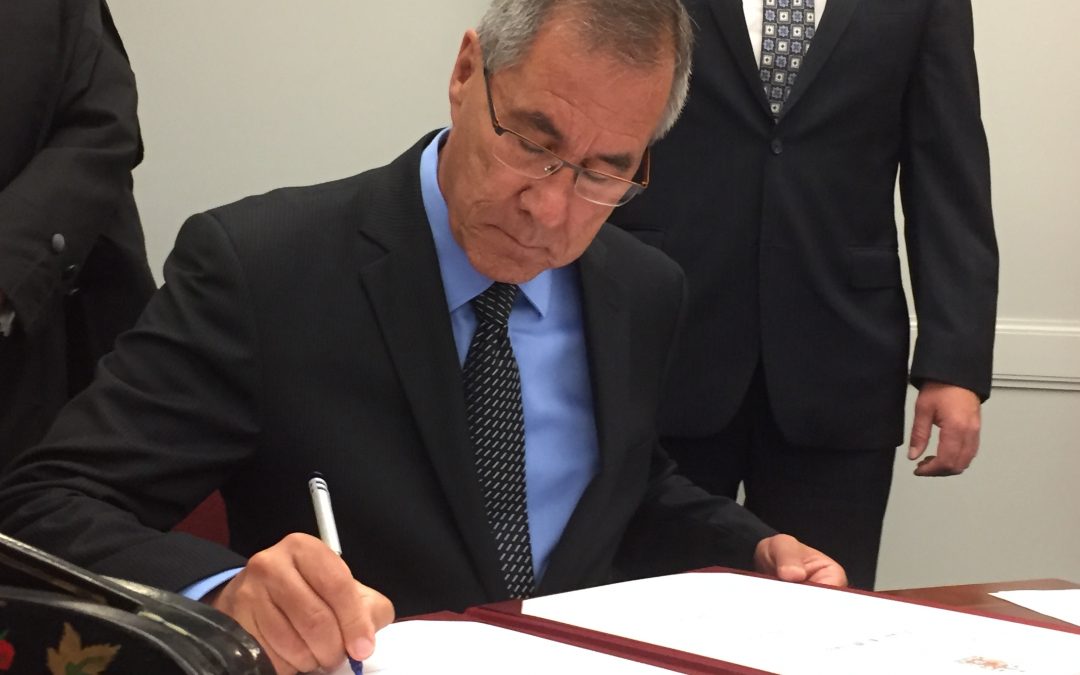 The province has a new Lieutenant Governor.

Russell Mirasty swore his allegiance to the Queen and took his Oath of Office before signing official documents, making him the 23rd Lieutenant Governor of Saskatchewan.

“I am familiar with the role somewhat having worked with the office previously in some capacity. But once you’re in role obviously it’s totally different perspective. It will come with its challenges, it will be positive,” Mirasty said after being sworn-in in Regina this morning in front of family.

Mirasty’s position of Lieutenant Governor is largely ceremonial, as the Queen and her representatives hold little power in Canada.

Two important functions Mirasty will undertake will be to authorize new Cabinet directives through Orders-In-Council and to grant Royal Assent to newly passed legislation.

Mirasty, a member of the Lac La Ronge Indian Band and fluent Cree speaker says he will use his experiences to guide him in office.

“We all [use] some of our backgrounds, history, and family and where we grew up. No different for me, but certainly gives me an added perspective on the province itself and the communities that make up this great province. It will be of great benefit,” Mirasty explained.

Mirasty says he will maintain a residence in both Regina and La Ronge, as his appointment is a five year term.

Premier Scott Moe called today a great day for the province and the nation, adding the appointment was well deserved.

Mirasty will commence his work today. A date for an installation ceremony has yet to be set.