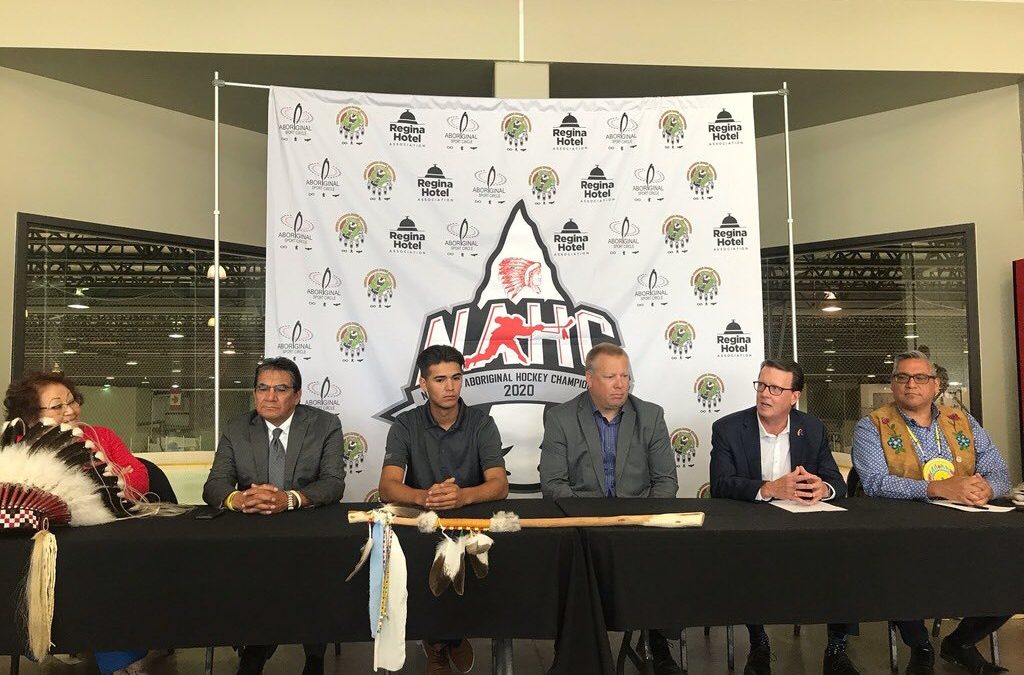 The National Aboriginal Hockey Championships are coming to Regina in 2020.

Over 500 athletes are expected to hit the ice from May 9-16 at the Co-operators Centre.

FSIN First Vice-Chief Morley Watson is serving as the host committee chair. He says the teams competing will have a lot of talent.

Watson also says putting on a national event like this requires a lot of volunteers.

“We have Ken Thomas from the FSIN, he’s going to be heading up probably 250-300 volunteers to make this event one of the best ones there is,” said Watson.

Whitehorse, YT was the site of the 2019 National Aboriginal Hockey Championships.

(PHOTO: Dignitaries gather in Regina for a press conference regarding the NAHC. Photo courtesy of Michael Fougere, Twitter.)