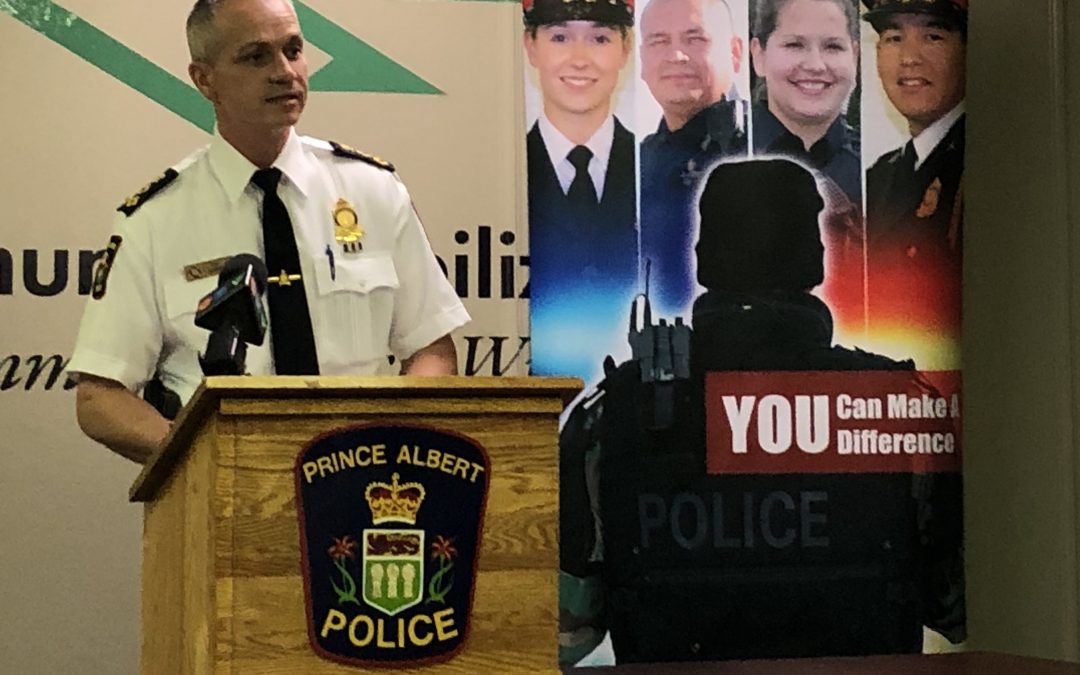 Prince Albert Police Chief Jon Bergen says he has a planned meeting with the Women’s Commission of the Prince Albert Grand Council to discuss how the force can improve itself based on the recommendations from the Final Report into the National Inquiry into Missing and Murdered Indigenous Women and Girls.

“We’re going to setup a meeting for October to go over our policies and to look for recommendations on how we can improve. So, that’s one of the areas that we’re engaging the community, the public,” said Jon Bergen.

Bergen says he has not read the entire 1200 page final report, but has reviewed the 37 police recommendations. Yet Bergen says the police department is doing well on some recommendations including the carriage of files, Police Board representation and Indigenous recruitment.

“When we look at the diverse organization that we have we’re achieving. We have approximately 30 percent of our sworn staff out of 103 members that have self-declared as Indigenous,” Bergen said.

He clarified saying a majority of members are Métis.

The Final Report into the National Inquiry into Missing and Murdered Indigenous Women and Girls was released June 3.