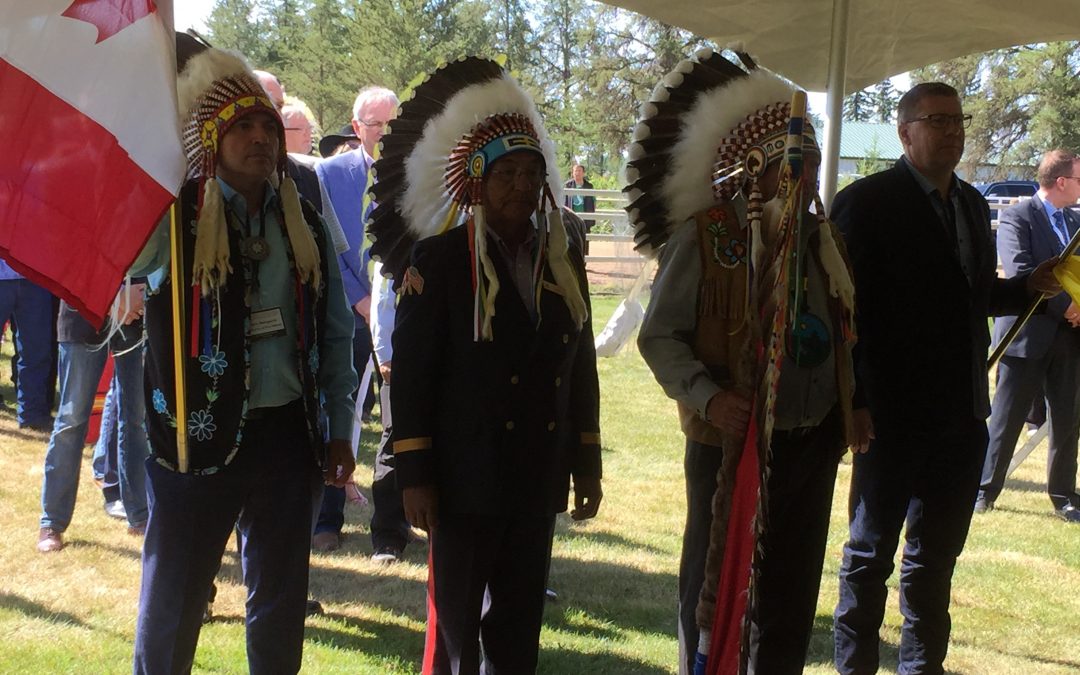 Indigenous child welfare legislation is getting a lot of attention from provincial politicians to protesters.

“There are still 40,000 First Nations children in provincial and territorial foster care,” said AFN National Chief Perry Bellegarde following the meeting. “That needs to be addressed, and with the passing of C-92, there is a 12-month window now.”

A protest camp behind where the premiers are meeting in Saskatoon, calls for the end of birth alerts and for governments to increase supports for vulnerable families to help keep families together.

NDP leader Ryan Meili is adding his voice in wanting the practice to end.

“We have a huge problem with our child welfare system. We absolutely need a significant shift in how we approach kids who are in a position of risk, and that includes ending the birth alert process they currently use,” stated Meili.

The final report from the National Inquiry into Missing and Murdered Indigenous Women and Girls recommends the practice cease.

Social Services Minister Paul Merriman would commit to stopping birth alerts, saying the end goal when a child is taken is family reunification.

With files from Katrina Cameron.