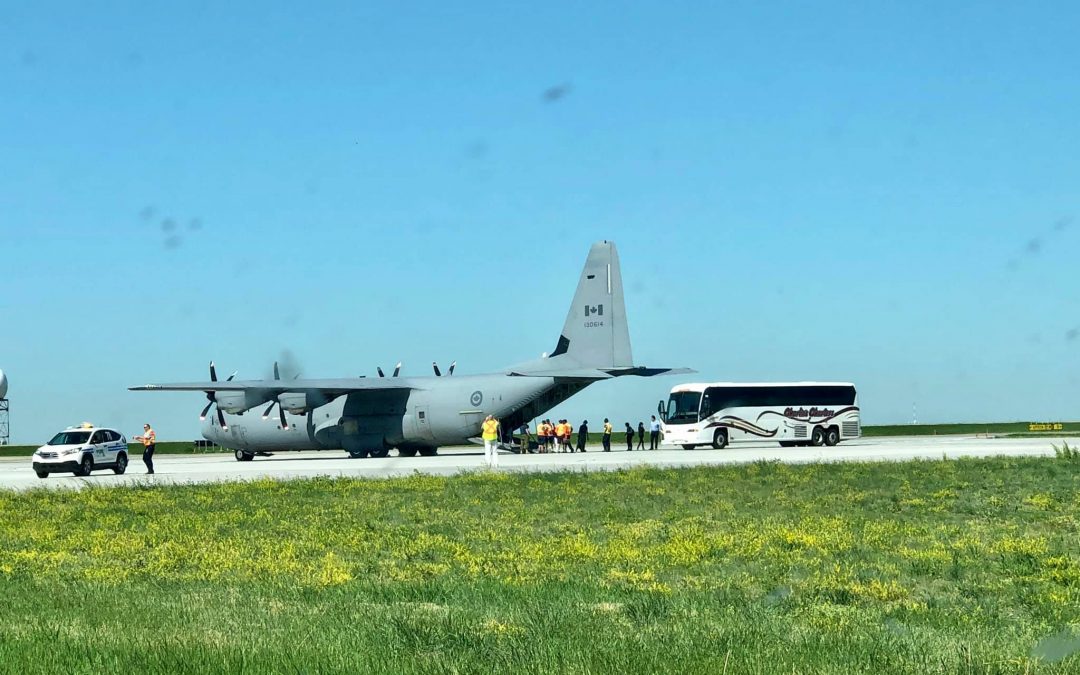 The first wave of as many as 3,000 evacuees from northwestern Ontario began arriving in Regina Thursday morning.

The area has been ravaged by wildfires this summer and Saskatchewan Premier Scott Moe confirmed yesterday the province is in a position to help Ontario where it can.

A number of these evacuees are from the Pikangikum First Nation.

Public Safety Agency official Duane McKay says since Saskatchewan has had to contend with relatively few forest fires of its own this year, the province is in a good position to help out Ontario.

“Certainly, Saskatchewan has been spared this year,” he says. “We have not seen significant flooding, nor have we seen significant activity in our northern forestry area for wildfires. So, this puts us in a good position to assist with the call for assistance from Ontario.”

Deanna Valentine, with Saskatchewan Emergency Social Services, says the Indigenous evacuees are coming with their own cultural support staff.

“The evacuees that are coming today are residents of the Pikangikum First Nation in northern Ontario,” she says. “These people speak mainly Ojibwe, so the Government of Ontario will be sending English and Ojibwe interpreters with the evacuees to help with their transition to Saskatchewan and to keep them updated on the situation back home.”

The province says the Ontario government is covering the costs of the flights in and Saskatchewan government and Red Cross will cover the costs of food and lodging and then bill Ontario back.

About 400 evacuees arrived in Regina Thursday and they will be staying at the University of Regina dormitories and local hotels.

The province says it is not yet known how many evacuees Saskatoon and Prince Albert will be taking on or where they will be staying.