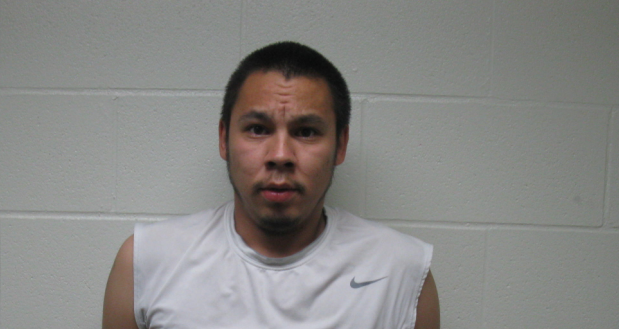 UPDATE – Police say Wolfgang Amadeus Mckenzie turned himself in on Tuesday. McKenzie is scheduled to appear in La Ronge Provincial Court on Wednesday.

RCMP have arrested a third person and are looking for a fourth in relation to a shooting incident that took place in the Air Ronge area this winter.

On Jan. 13, shots were fired at a local residence and a five-year-old boy inside was struck in the foot.

He was taken to hospital with serious but non-life-threatening injuries.

Mounties say on Thursday, Tristan Lariviere was arrested in Pinehouse and charged with possession of a firearm for a dangerous purpose, discharge of a firearm with intent, unlawfully causing bodily harm, assault and participation in a criminal organization.

He is next due in court on July 8.

He is charged with discharge of a firearm with intent, criminal negligence of a firearm causing bodily harm, assault and participation in a criminal organization.

He is described as 5’ 8” tall, with a medium build and dark hair and brown eyes.

McKenzie was last seen by police in La Ronge about two months ago.