U of S launches teacher education program in Cumberland House 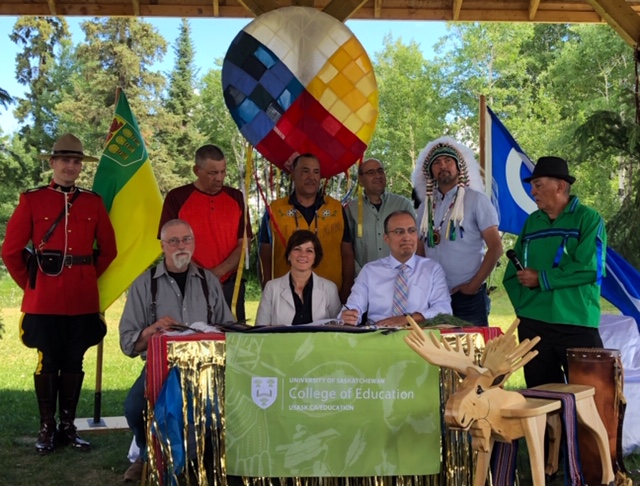 Partners hope a new bachelor of education program in northern Saskatchewan will address some of the gaps created after the Sask. Party government cut the Northern Teacher Education Program in 2017.

The University of Saskatchewan will begin offering the four-year degree program in Cumberland House this fall with specialization in the teaching areas of Cree and Indigenous studies.

Michelle Prytula, Dean of the College of Education, says enrolment numbers have dwindled since Northlands College took over NORTEP two years ago.

“Northlands has taken that over and enrolments are not as high,” she says. “The largest reasons for that are being that a lot of students want programming led by northern people or First Nations people or Métis people. I understand that some people are fine to go the regional college route and go through Northlands but others aren’t.”

Prytula says the province has not offered any new funding to put on the program and it is being funded through existing resources.

Chronic teacher shortages have been an ongoing issue in northern Saskatchewan and the dean of the College of Education says the new program in Cumberland House will by no means solve the problem.

However, she says partners are hopeful the program will at least partially address the issue.

“We need to change the way we do things here to make sure that we’re training teachers in both larger areas, so between the U of R and the U of S and the two cities of Regina and Saskatoon, but also training teachers where they live. People have a greater tendency to stay home.”

The program is expected to take in 25 to 30 students in September.

Prytula says they have taken in about 60 applications so far.

It will be housed in Charlebois Community School.

A public event to launch the bachelor of education program was held in Cumberland House Thursday morning.

(PHOTO: Signing partners at the launch of the University of Saskatchewan bachelor of education program in Cumberland House. Photo courtesy of Meagan Hinther.)